If you blink you might miss it: Driving through Colington Island, which lies just west of Kill Devil Hills, an unobtrusive, time-weathered sign marks the gravel road that leads to Endurance Seafood Company. Soft shell crabs, live hard shell crabs, the sign reads year-round. Fresh and frozen. For those who are in the know, an extra bright orange sign is hung every so often to signal that they also have local shrimp for sale. 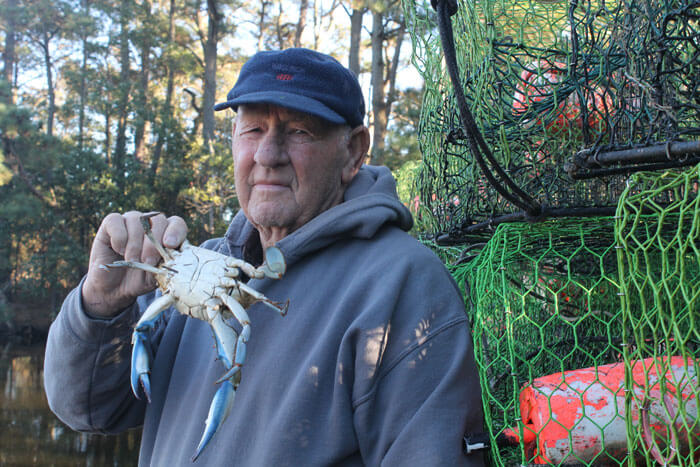 Though it’s not hard to imagine the bustle of this place during peak crabbing times, today it’s quiet. Tomorrow is the last day of the winter crabbing season, and Murray Bridges, founder and patriarch of Endurance Seafood, is getting ready to pull his crab pots and get things into gear for the next round.

At 82 years old you might expect that Murray is looking forward to the reprieve of some downtime, but you’d be wrong. This is a man who doesn’t use a computer and only carries a cell phone in case his boat breaks down but still gives the impression of someone half his age, energy-wise. He hardly ever stays still, and even when he talks he’s constantly gesturing for you to follow him in order to see something else just around the corner.

“He’s a go-getter, and this is what he loves to do,” says his daughter, Kristina. “It’s pretty amazing to watch him.”

Murray grew up in Wanchese where he fished and picked oysters with his uncles during the summertime for extra money. After fibbing about his age in order to join the Merchant Marines at 16, he spent the next 23 years traveling the open seas as a Chief Engineer before retiring in the early ‘70s and returning to Colington where his wife, Brady, grew up. They’ve been in the same brick house that greets you when you pull up to Endurance Seafood ever since. 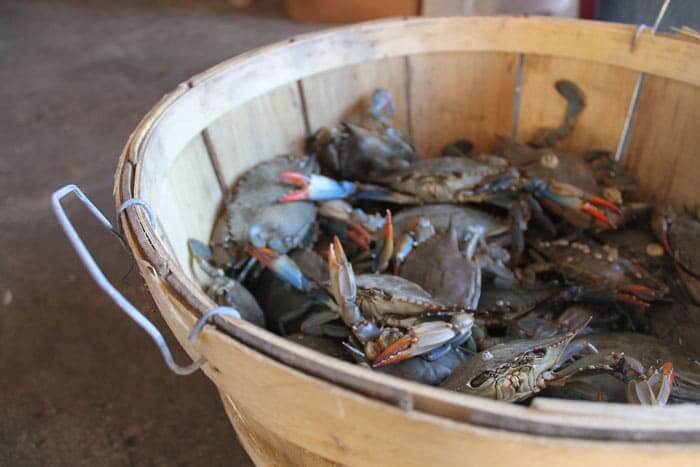 “I knew I wanted to get back on the water,” Murray says. “It wasn’t like today, but there was already a market for fishing so I put together a small crew with my wife and my sister-in-law, Kathline, and we mostly did beach hauling. A few people were shedding crabs back then too, but not in a commercial way, just a few at a time to sell local. I started nosing around, and I seen potential in it.”

Taking a leap of faith with his hunch, Murray used all his savings to buy the equipment he needed and started Endurance Seafood in the mid-‘70s. The name, which Brady picked from the Bible, seems understandably fitting.

“You’ve got to endure in order to do it,” Murray says with a smile.

Four decades later, that’s exactly what Murray is still doing. His eyes light up as he expertly plucks several fat, hard-shelled blue crabs out of a barrel and turns them over to expose their markings — or “aprons” — that reveal the crabs’ genders. He also reveals a bit of unexpected poetry that goes along with the crabbing terminology. Male crabs are known as “jimmies,” while mature females have distinctive red claw tips, or “painted fingernails,” and the scientific name for blue crabs as a whole is Callinectes sapidus, which roughly translates to “savory beautiful swimmers.”

But while the live hard crabs are fascinating, Murray’s main focus with Endurance Seafood has always been in commercially catching soft shell crabs. As crabs grow they have to regularly shed their exoskeleton, and when they’re beginning to enter the molting cycle they’re commonly called peelers. This is where Murray — and all that equipment — steps in. Since female crabs need to have molted in order to mate, special crab pots are used with a male crab inside as bait. One male crab can attract hundreds of females, and once the peelers are caught, they’re put into what’s known as shedders — shallow trays that keep the peelers in water until they reach their soft shell state.

Sound easy? It’s not. Crabs only stay in this state for a short amount of time before their hard shell starts to grow back, so peelers require near-constant supervision so that they can be removed and packed on ice before that happens. As Murray points out, in peak soft shell season (typically from mid-April through June, and especially around full moons) this is no nine to five job, but more like a 24-hour deal.

“It’s like having a new baby,” Kristina adds. “Even in the middle of the night you have to check them every few hours. We don’t get a whole lot of rest around then!”

The math of all this is pretty incredible too. Murray has more than 150 shedders that hold an average of 300 peelers apiece. During peak soft shell season they can have up to 60,000 peelers that need to be repeatedly monitored each day — not to mention the other facilities required to grade the crabs, box, and ship them to areas all up and down the East Coast.

It’s an operation that requires all hands on deck, and everyone in the family chips in during crunch time. Though Murray was the first one to see the potential in commercial soft shell crabbing, every year there’s a bit more competition as prices have skyrocketed and fishing regulations have tightened, forcing commercial fishermen to diversify. He’s not complaining though; Endurance Seafood is still the biggest outfit in the area, and that doesn’t appear to be changing anytime soon. 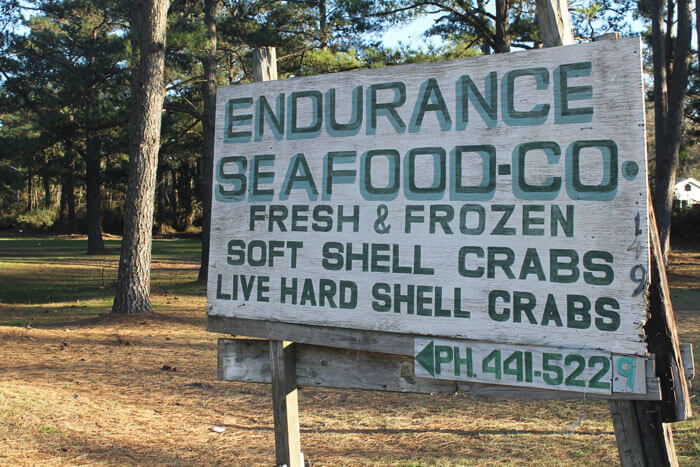 “I’ll do this until I die I guess,” Murray declares.

And as for some of that relaxing downtime until spring rolls around? “I’ll mend the crab pots and make some more,” Murray replies. “It’s time consuming but it’s not hard. I’ve got other odd jobs too, like repairing and selling electric crab pot pullers. I’m a jack of all trades, master of none — and I always like having something to do.”

Amelia Boldaji grew up “crabbing” in Manteo with chicken necks and string before realizing that she was better off as a writer. 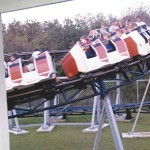 Around and Around We Go: Dowdy ParkBack In The Day, Music/Entertainment, OBX Community 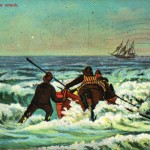 The Lifesaving Tradition of the Outer BanksBack In The Day, OBX Community