Diving with a Purpose

For those of us here on the Outer Banks, right on the edge of the infamous “Graveyard of the Atlantic,” shipwrecks are no foreign subject. Everything from sailboats to pirate ships and even German U-boats has fallen victim to the treacherous conditions of our coastal geography. There are local museums that house actual recovered artifacts and possess maps of shipwreck locations. We even have a few places on the OBX where we can swim directly above a known wreck from the beach. These shipwrecks tend to provide us with a captivating window into the past.

In most cases, we have the opportunity to learn the story of these vessels and their crews. Some shipwrecks, however, have gone undocumented-their stories lost along with them, beneath the darkness of the sea. Sadly, some of these stories are much more horrific than any of us would like to imagine.
Although little is known of their history or whereabouts, the Atlantic Ocean is the final resting place for hundreds of the slave ships of the Middle Passage.

In the 1970s, a local physician was walking along the beach in Hatteras when he came across a piece of beached flotsam that he was sure must have come from an old shipwreck. The driftwood he found did originate from the hull of a sizeable and considerably old vessel. 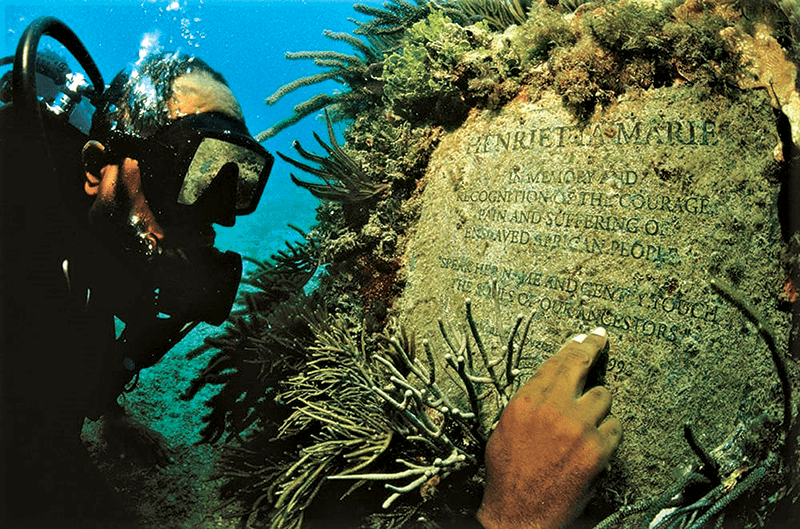 This piece of wood had some conspicuously odd foreign material. When it was taken to a nearby University to be analyzed, that “foreign material” was relatively easily identified. It was discovered that the unknown material attached to the piece of wood was the fragments of human fibula and tibia bones. This gruesome clue indicated that the wood was most likely part of the hull of an unknown slave ship. Furthermore, it was a heart-dropping indication that the ship most likely sunk with hundreds of innocent captives shackled within.

It isn’t easy to think about the sickening realities of the “middle passage”- the period when cross-Atlantic shipping routes transported 12.5 million humans, kidnapped from places throughout Africa and the Caribbean- to the Americas. This is perhaps one of the reasons little is known or written about the many ships that never made it through their journey.

We know that at least 1,000 slave ships that attempted to cross the Atlantic were lost at sea, yet almost none of these ships have ever been found.

After the abolition of the global slave trade, any records or documents related to slave ships were either lost or intentionally destroyed, as people in business sought to distance themselves from the now illegal practice. It doesn’t help that wooden ships don’t tend to stay intact, or even in the same place, over hundreds of years. As time went on, the details of the horrible history of this specific part of the slave trade became not only unwritten but undiscovered.

One man who has set out to change this is Ken Stewart, founder of Diving with a Purpose. DWAP is an organization that is passionately committed to writing the full and true story of the lost slave ships of the Middle Passage back into the history books on behalf of the 1.6 million souls that were senselessly and horrifically lost at sea.

Diving with a purpose is a group of primarily black men and women that consists mainly of SCUBA divers, historians, and archeologists. This group has been working around the world for the past two decades to uncover the locations of lost ships from the slave trade and conduct underwater archaeological expeditions of these sites to map them and recover and catalog any recovered artifacts.

Finding these ships is far from an easy task. Being constructed almost entirely from wood means that a particular vessel ended up sinking. It often landed on the seafloor in pieces. As the decades pass, the entirety of a ship can be rendered unidentifiable; with its components scattered about vast areas. It is not uncommon for the remains of a shipwreck to travel many miles, not necessarily in a uniform grouping, from their point of origin on the seafloor. This is why any object discovered on an underwater exploration has to be treated as potentially critical. Any lone and seemingly insignificant artifact could be part of a shipwreck.

To find their dive sites, DWAP starts by pouring through any existing archival evidence, including ship logs, advertisements, insurance and sales records, and coast guard reports. Sometimes found, artifacts known to have come from a specific location lead to dive sites.

When a search area is established, DWAP uses magnetometers and side-scan SONAR to scan the surface for the remains of a shipwreck. This process is nicknamed “mowing the lawn.” When a shipwreck site is found, it must be meticulously mapped out with all of its artifacts cataloged.

Today, Diving with a purpose has been able to document 18 slave shipwrecks. The group, which originated with just three people, has presently inspired more than 500 people to join in assisting its cause.

Tara Roberts, whose family is from nearby Edenton, NC, is one of those people.

Tara was working in Washington, DC when she saw a picture of the men and women of Diving With A Purpose while visiting the National Museum of African American History and Culture. They looked “like superheroes” to her, and their story so immediately inspired her that she, in her word, “ditched her job and joined up with them right away.”

Let’s point out that Tara didn’t have just any old job. At that time, she had already attained professional prominence, having written and edited several books advocating for young black women, freelancing as a writer for multiple significant magazines and websites, and working as a community organizer in Washington, DC. In any case, Tara had been overwhelmingly drawn into a new calling, thanks to the men and women of Diving With A Purpose.

Right away, Tara began SCUBA training with DWAP in the pools at Gallaudet University, where she learned about buoyancy, hand signals, and how to operate her diving equipment. Before long, she accompanied DWAP on actual dives, perfecting her diving skills and assisting in mapping out archeological sites. Next, Tara spent three months in Southeast Asia, preparing herself to work further with Diving With A Purpose on underwater archeological expeditions all over the globe. 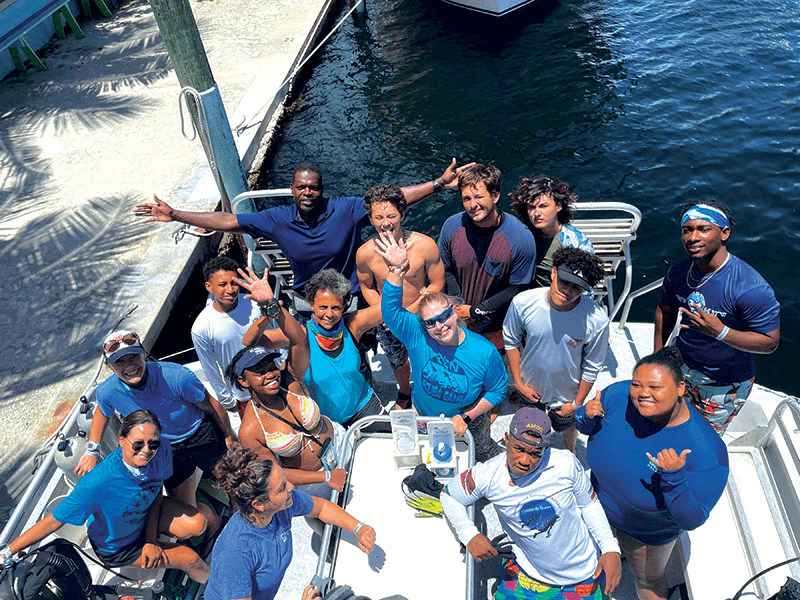 As a writer, Tara was naturally compelled to document her experiences. She decided to do so by creating a podcast to tell the story of her journeys, exploring and unpacking the profound emotions and revelations she experienced along the way.

It is almost impossible not to be inspired when listening to Tara’s story. She goes on a unique physical and emotional adventure, challenging herself to do things she never expected. She was forced to push herself out of her mental and physical comfort zones in many different ways- particularly as a black woman diving into the final resting places of the actual African men, women, and children who were lost to the slave trade. Her honest vulnerability and compassionate humanity bring the listener alongside her, experiencing just about every possible emotion.

From Africa to Costa Rica, to Edenton, NC, where Tara decides to visit her mother’s old home after being inspired to take a closer look into her history- we join Tara on a journey of discovery and enlightenment.

Tara, with the men and women of DWAP, are working together to tell the true story of their ancestors. But, how they see it, they are allowing their ancestors to tell their own stories. By finding and documenting evidence of their final resting places, DWAP is making the voices of the victims of the slave trade heard so that those victims can tell the story of their history in their own words. Thanks to Tara’s podcast, “Into the Depths,” we can all hear this story as it is finally beginning to be entirely told.

Tara’s decision to drop everything and follow their heart to locations worldwide was a decision that I can’t imagine she regrets. In the spring of 2022, Tara Roberts became the first black women explorer on the cover of National Geographic. Thanks to her podcast, “Into the Depths,” Diving With A Purpose has gotten even more support and recognition. This recognition is not only well-deserved, but it very well may lead to further discoveries, as more individuals are compelled to volunteer and contribute.

Nick Leinweber is a writer for Coastal Life Magazine. 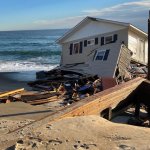 Houses Claimed by the SeaCoastal Life, Features, Something to Talk About