Pick any random residential street on the Outer Banks and you’re likely to find that every fourth yard or so has pampas grass growing in it. You can buy it at every nursery on the beach, and any number of local landscapers might recommend it to give your yard that “beachy” feel.

Pampas grass, however, isn’t native to our beaches. It’s an invasive species, native to Argentina that produces thousands of lightweight seeds, which our local high winds spread to every corner of the beach. Left unchecked, it chokes out our native sea oats and leaves the wildlife that relies on those oats for food out of a meal. 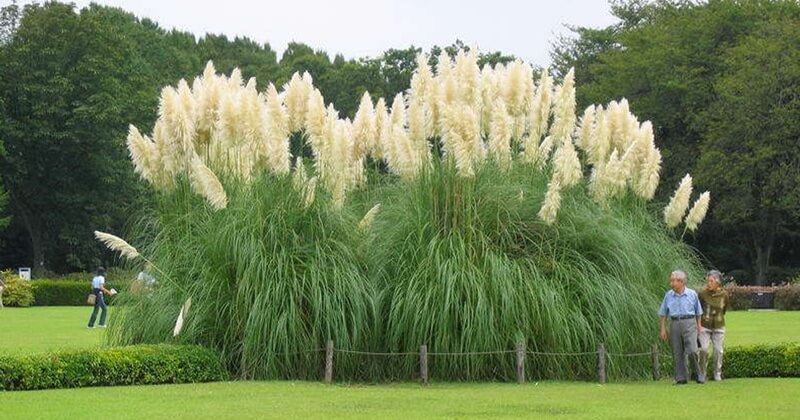 According to the USDA, an invasive species is a plant, animal, or insect that arrived within the last 100 years or so and can cause damage to the local ecosystem, human health, or human wallets.

“People throw out, ‘Oh, it’s invasive,’ when they really mean it’s an aggressive plant,” says Dare County Director for the NC State Extension Shannon Brooks, an expert in all things botanical. “And a weed, in gardening terms, is just something you don’t want in a certain place, but weeds are sort of strange things and their definition gets political, because they cost the taxpayers money to clean up, they invade property, they can take down the property value, and they can cause fire hazards in certain areas because of overgrowth.”

Brooks points out that there is actually an Executive Order defining what a weed is, or what an invasive or naturalized species is. 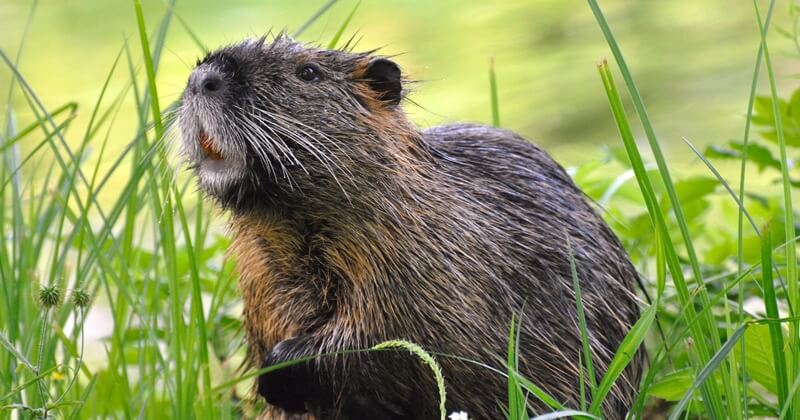 According to that definition, for example, our wild Colonial Spanish Mustangs aren’t invasive but instead, are naturalized. They may have been introduced, but they’ve learned to adapt to life on the Outer Banks without causing damage to other wildlife.

“I would say they’re ‘survivors’ if anything,” says Brooks.

The same could not be said of Alligator Weed, an aquatic plant native to South America that’s awfully popular in home aquariums. Sometime after accidentally killing their fish for the third time, people decide to give up and dump their aquarium in the canal. Next thing we know, that canal is full of aggressive, invasive Alligator Weed, and it can cause a whole host of problems.

“It can crowd out our waterways to an extent that boats can’t work properly. It can cause severe flooding and property damage costing millions,” says Brooks.It can also create a phenomenon known as mono-cropping, where a single plant drives all others out. And that’s bad news for an ecosystem that thrives on diversity. 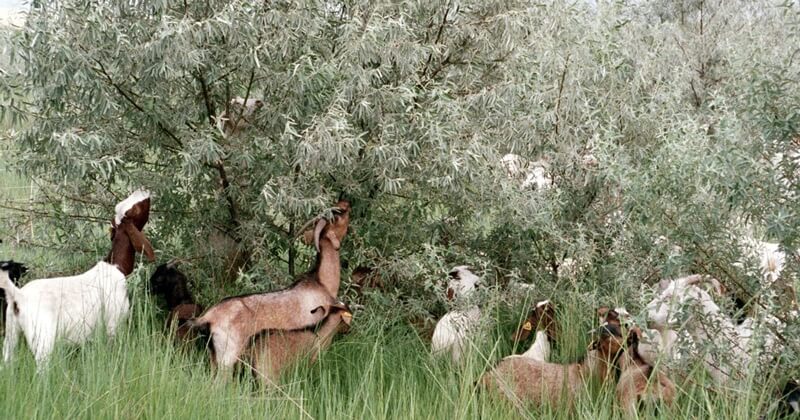 Plants aren’t the only thing causing problems with our waterways. Nutria, a semi-aquatic giant rodent that looks similar to a muskrat or beaver, is common in our area. Nutria were introduced to the United States in the late 19th century, when they were brought over from South America to be bred on farms for their fur.

Once they busted out of the fur farms, however, they spread like crazy. The troublesome rodents reach sexual maturity in just four months, and a single female can produce 200 offspring a year. To make matters worse, they’re fond of consuming entire plants – roots and all – versus just a few leaves or berries. They raze native plants, crowd out native animals, and cause flooding in our waterways, all because about a hundred years ago someone thought they’d make nice hats.

Brooks has seen this snowball effect happen again and again with all kinds of invasive species.

“Invasive plants, like Russian olive, take over,” Brooks points out. “And the native species are adapted to eat certain things, so they might eat the Russian olives, but it’s not the diet they’re used to, and might not be as nutritious. Then you have malnourished animals. The population goes down. Or, they move on to find the nutritious plants they’re used to elsewhere.”

Take butterflies, for example. They are highly adapted to eat milkweed, but if there’s no milkweed, they move on. “And so then we’ve lost a pollinator,” notes Brooks. And a lost pollinator could mean less fruits and vegetables sprouting both in your home garden and in farm crops. 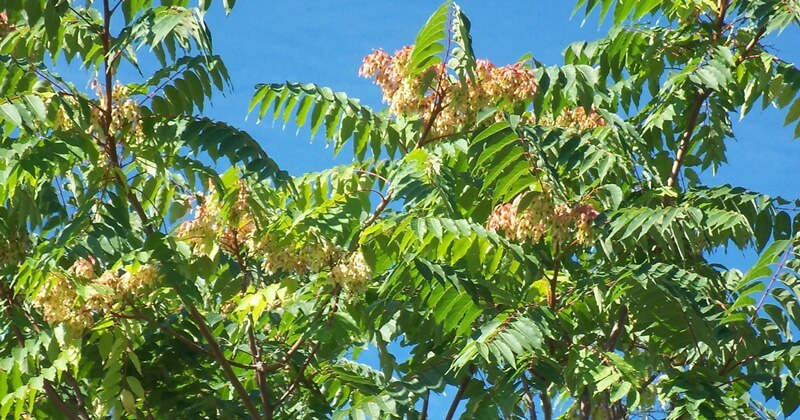 It’s easy to see why state and local governments treat invasive species as a serious economic issue. Just this year, Ohio made 38 different invasive plant species illegal to sell in nurseries, and created a program where nurseries are inspected periodically to ensure they’re following the new laws. And they’re not the first to implement an “invasive species police” as Brooks put it.

In some counties, you can be fined for planting certain things in your yard, or fined for letting weeds grow unchecked on your property. Others post signs warning people against planting botanical menaces.

In Dare County, we have people like Brooks at the NC State Extension who are more interested in educational outreach than levying fines.

“You can control your own landscape and identify some things that you wouldn’t want to plant. I still get people that ask, ‘Where can I buy Russian olive,’ and nurseries still sell it. But I’ll say, ‘Well, let’s talk about some alternatives. What are you looking for?’”

“Typically they’re looking for a privacy hedge, or a windbreaker, so I will recommend other plants such as wax-myrtle,” says Brooks. 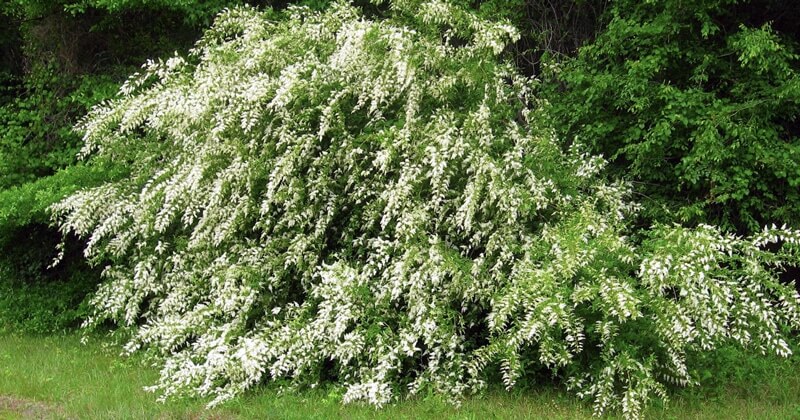 If you have invasive plants in your yard already, like kudzu, English ivy, Chinese privet, or tree-of-heaven, consider showing them the door. The NC State Extension can provide recommendations about the best time of year and the best methodology for removing each plant, including methods such as hand pulling, spraying or brushing on chemicals, or even goats. They can also recommend a wealth of native plants that are not only beautiful and better for our ecosystem but are also highly adapted to our environment – which means they’re much easier to grow.

As for managing animal invaders, it’s often best left to the professionals. Animal populations can be managed by making an environment unappealing to them, allowing hunting, with poisons, or with other kinds of lethal control. Some species you’re allowed to shoot at if you spot them creating property damage, but only while they’re actively damaging property and only in areas where it’s legal to discharge a firearm in your yard.

So it goes without saying that it is important to check your town or county ordinances before you start shooting at the nutria. 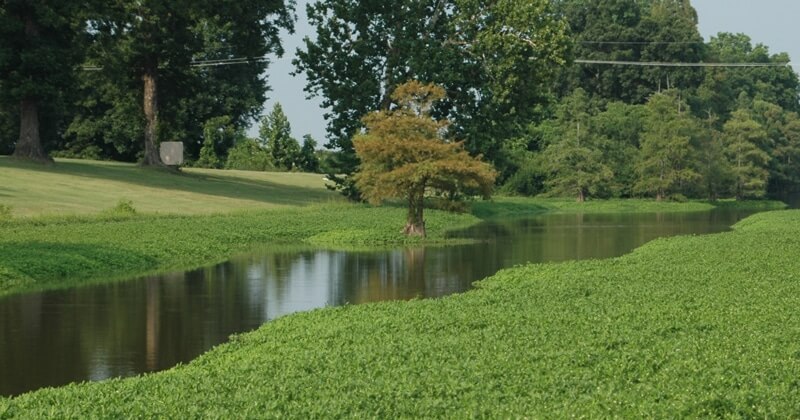 The best thing an average citizen can do if they’re having trouble with a nuisance species is reach out to the NC State Extension and ask for recommendations. And keep in mind, simply seeing an animal on or around your property doesn’t make it a nuisance.

“Invasive species can be extremely costly to our county, local, state, and federal budgets,” says Brooks.

That may be true, but just by doing a little research before your next trip to the lawn and garden center, you can do your part to keep our ecosystem diverse and thriving. Ask for local plants when you go to the nursery. Make a quick phone call to the NC State Extension at 252.473.4290 before you plant that Japanese honeysuckle. And please, don’t dump your fish tanks in the canal.♦

Katrina lives with her husband and their fearsome toddler. When she’s not writing, she prepares elaborate meals, cheats at video games, and plays the guitar (badly). 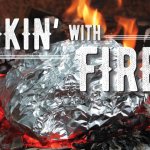 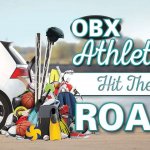