May 23 is World Turtle Day, and what better way to celebrate than to talk about some of the awesome reptiles that call eastern North Carolina home?

Everyone is probably familiar with the endangered sea turtles that visit the Outer Banks each summer to nest, but did you know that we have several other species of endemic turtles here? And that all of them are threatened with habitat loss and even extinction?

Once incredibly prolific throughout this entire region, diamondback population numbers were nearly decimated by the 1920s due to generations of overhunting. Numbers are better these days, but diamondback terrapins are a protected species and a special permit is required to possess or collect them.

Diamondback terrapins are uniquely suited to life in northeastern North Carolina due to their ability to thrive in brackish water – something we have a lot of around here! They prefer the protected waters of barrier islands, marshes, tidal creeks, and estuaries. Their favorite food are periwinkles but they will also eat small crustaceans and fish, insects, and occasionally tender marsh grass roots and shoots. Diamondback terrapins can live for up to 40 years!

The biggest threat these reptiles face are crab pots. Males and young females get trapped inside and will eventually die if not found and released. One crab pot discovered in North Carolina contained 29 decomposing terrapins (x). Biologists advocate the use of bycatch reduction devices which help prevent accidental capture, as well as making sure derelict crab pots are not left out unattended.

An abundance of snapping turtles indicates a thriving ecosystem. These prehistoric, apex predators are well-known for their tenacious behaviour, size, and appearance. Snapping turtles tend to get a bad rap and are thought of as being highly aggressive, but they are actually quite docile when left unthreatened. They’re easily identified by their chunky legs and tail, long, snake-like neck, claws, and of course their powerful jaws and sharp beak.

Snappers are the largest freshwater turtles in the world, but they can live in brackish water too. They are opportunistic feeders and important to the ecosystem because they scavenge on decaying plant and animal matter.  Snappers will also prey on anything they can fit in their mouth, including fish, other reptiles, birds, and even small mammals.

Female snapping turtles lay eggs (11-83 per clutch) in the late spring and will travel considerable distances to do so. This is why you will often see them along the roadside and away from water. This is the official reptile of North Carolina and the most commonly found turtle in the state. But don’t take these guys for granted! Biologists are concerned about declining numbers in areas where there were once thriving populations. Because of this, they are listed as a priority species in the North Carolina Wildlife Action Plan, which means that monitoring projects have been started to track box turtles and gather baseline population information.

Box turtles are called that because of their ability to “box up” and go inside their shell if threatened. Carapace colors (brown, black, yellow, red, and orange) and patterns can vary widely between individuals and males tend to be larger than females. Box turtles are omnivores and will eat everything from berries and mushrooms to carrion, invertebrates, and even toads. They don’t reach sexual maturity until around the age of ten, and females only lay a clutch of about four eggs; slow maturation and breeding is one of the reasons these reptiles are becoming threatened in the wild.

One major reason that Eastern box turtles (and many, many other species) are in danger is because of habitat loss. Box turtles have very specific home ranges that they spend their entire lives in, and habitat fragmentation is a huge threat. If a road is put in the middle of a turtle’s range, the turtle will cross it for food and breeding.

That brings up another important point: What do you do if you see a turtle crossing the road? If there’s no traffic, let him keep plugging along! If you’re worried about him getting run over, it’s okay to stop and help out but make sure that you put the turtle on the other side of the road, going the same direction. Remember, turtles have very specific home ranges so he was on his way somewhere with a purpose. They have dedicated feeding and breeding areas and their entire territory may only consist of a few acres – and they know every nook and cranny of that area!

Another thing you can do to help turtles is create healthy backyard habitats for them. Logs, leaf litter, brush piles, and uncut vegetation are great hiding places for turtles. You can also research which native plants are good for turtles and plant them in and around your yard. Turtles need food, water, and shelter to thrive – just like humans! Be aware of pollutants that could make their way into the water too. Fertilizer and even soap runoff from washing your car can be very damaging to species like the diamondback terrapin. 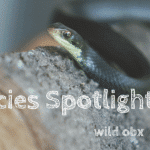 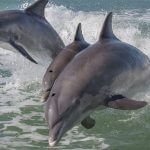