Local actors celebrate a space to call their own

The curtain opens in a small room with Theatre of Dare board members gathered around a table. Tension fills the air as Business Director Kelsey Thompson makes a passionate plea to the skeptical crowd before her.
Kelsey Thompson:  You guys don’t understand! We have to go look at it!
The Board:  No, the stage, it’s too small! … There’s no backstage! … I don’t think so – it’s not going to work…

OK, so maybe the search for a new home for Theatre of Dare isn’t quite ready for a spot on the production calendar. But the story does have plenty of outstanding thematic elements: Emotion. Comedy. Suspense.

And best of all, a happy ending.

After years of a nomadic existence, Theatre of Dare has its new home in Kitty Hawk at the former Paparazzi/Jubilee space. The spot on the 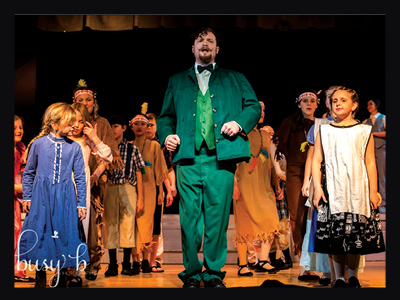 bypass near the Kitty Hawk Road intersection offers convenience for actors and patrons alike, an endless stream of drive-by traffic, and a chance for the beloved local theater group to expand even more as it prepares for its 32nd season in the fall.

The driving force behind it all has been Thompson, who got her first taste of  Theatre of Dare as Tiger Lily in “Peter Pan” in 2007. Like many ToD actors, Thompson came and went as her schedule permitted in those early years but has been a steadfast part of the group since 2012. First, she served as a board member, then was the treasurer for three years, and now stakes claim to being the organization’s first-ever paid employee. 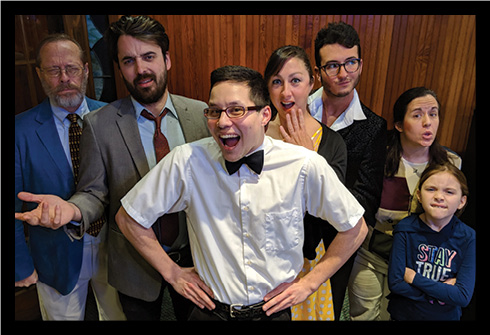 While Thompson manages The Village Table & Tavern in Duck as her “real” job, she’s spending anywhere from 15 to 25 hours a week now as the Theatre of Dare Business Director after making the board an offer it couldn’t refuse: Let me find the group a new home, and then be in charge of that new space.

need to have a person in place. Let me be that person,’ ”  Thompson says of her pitch. “If they said no, we would have just moved on with what we were doing, but we won’t keep growing if we don’t have organization and structure.”

Or that all-important space. Theatre of Dare had performed many of its shows at the old College of The Albemarle auditorium until 2017 when that building was demolished. That led to a constant shift from venue to venue: the Arts Council building, Lost Colony soundstage, Festival Park, outdoors at The Elizabethan Gardens, Manteo High School.

Each venue change presented its own space and set design and logistics challenges.

“Although it’s been fun moving around, at the same time, it’s been such a daunting task, especially last fall when we had ‘Little Shop of Horrors’ and we had no idea if it was actually going to work out,”  Thompson says.

Stuart Parks II, president of the ToD Board of Directors, admits that he was one of the people Thompson had to convince when she approached the board about the space Paparazzi had occupied before the pandemic.

“I had never actually been in there, but I had inherited this myth about ‘the stage is too small, there’s no backstage…’ ” he explains. “Kelsey convinced us to go see it. Walking around just that once, I was sold. It was much better than what we had been led to believe over the years.”

Plenty had changed. The old “raked seating” – on a slope to help those in the back see – had been removed by the folks with Paparazzi so the floor would be open for concerts. A large bar in the back of the main space had to go, but an expanded stage offered greater flexibility.

Wings on each side of the stage offer more options now, although the backstage areas remain small. Stage left offers the larger of the two rooms down a couple of steps, where clothing racks, a prop table, and a few chairs are gathered. Stage right, the space is more like a wide hallway than an actual room, with chairs along one wall. But there’s also a pulldown attic door that offers possibilities down the road, like a spiral staircase that could quickly help actors and back stage crew go up and down into that bonus room. 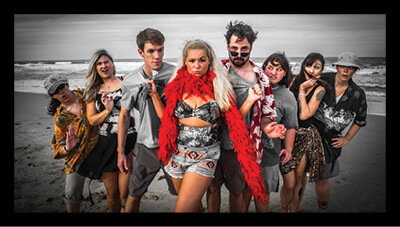 The theater space itself has a tech tower for sound and lighting that was already constructed, dark purple curtains lining the walls, and a few hundred new blue chairs for the audience. Thompson says that the ideal seating capacity is probably around 175. Considering their final show at the Arts Council building could only seat about 60, that’s a nice jump.

While Theatre of Dare didn’t have to make too many immediate changes in the auditorium, the foyer was another matter. Murals with every rainbow color – and then some – decorated the front space. Thompson elected to keep the gold paint below the chair rail and create a clean slate above. Those white walls are now decorated with framed posters of upcoming shows, with Thompson envisioning posters from past productions, a tribute to ToD benefactor Don Bridge, and even works from local artists, eventually adding to the ticketing and snack bar space.

“Dec. 10 or so is when we signed the lease, and Jan. 3 we were moving in, so it was quick, quick, quick,” Thompson says. “The ownership of the space has been very, very good to work with. They understand the cause, and they really support it. So it’s really cool to have that type of support.”

Millie Roughton of MHR Development owns the building, and Thompson has worked with a property manager throughout the process. As a non-profit, Theatre of Dare isn’t necessarily awash in cash, but fundraising campaigns and grants help pay the bills in addition to box office and concessions sales. ToD launched a campaign to raise $20,000 from supporters and nearly hit the $22,000 mark earlier this year.

As everyone who has ever endured a significant move knows, the list of items to purchase for a new place is endless. A storage space – perhaps a shipping container for behind the theater – is currently near the top of the list. Improved microphones. And maybe some quieter hand dryers for the restrooms, as 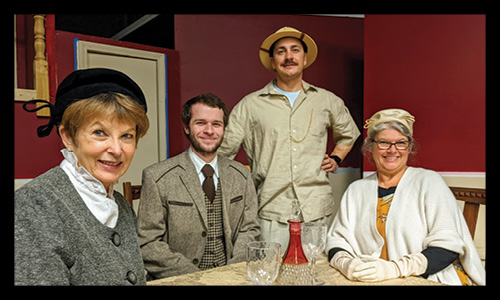 Parks joked during his welcome to patrons during “Arsenic and Old Lace” to please refrain from using the hand dryers during the show because they are as loud as jet engines and certainly could be heard in the auditorium.

In February and March, that first show in the new space was a sellout five of six nights. Of course, the crowds were attracted by the fact it was a “known show.” And, of course, ToD has plenty of loyal fans. But the new venue also was a big draw.

“I think it was a good mixture of all of those elements – the love and support of the fan base and the new venue,” Parks says. “They’ve been coming to a lot of shows, been following us for years, and it keeps getting bigger and bigger. So for them to find out that we actually are getting a home and that this is the first show and their support over the years has helped us to build to something that’s this wonderful, it really brought them in.”

Granted, folks in Manteo no longer have the productions in their backyard. Some patrons have expressed their disappointment with the move to Kitty Hawk. But that’s just your typical “you can’t please all the people all the time” scenario.

“We miss some in Manteo, but we’re now getting Southern Shores, across the bridge (in Lower Currituck) that want to come and see,” Thompson explains. “Obviously, it’s a little more northern, but this is kind of central. I think the overall consensus is now that we have a permanent space, now people know where to find us.”

The next question, then, is what will they find? ToD has continued to expand its offerings in recent years, working its way up to five shows. Next year’s lineup runs from Agatha Christie’s “The Mousetrap” in October through Thompson’s direction of “The Wizard of Wonderland” in April and May of 2023, a whimsical kid-friendly production. 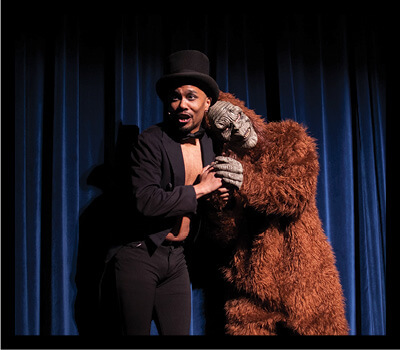 But other offerings loom at the new building as well, starting this summer with a series of children’s workshops in partnership with Stacey Maxwell’s Porkchop Productions. In addition, the new facility will be buzzing with five unique weeks of shows in which children from 6 to 17 will rehearse two hours a day and put on a show at the end of the week.

While moving venues, finding a new home, and raising the money to get settled proved daunting, Parks also used that very same word to describe what it’s like for Theatre of Dare to chart its course

for the future with so many possibilities now on the horizon. And that is a very, very good daunting challenge to have.

“Nobody’s telling us to slow down or shut down. We want to do more. We need to do more,” Parks says. “By doing more, we get bigger. When we get bigger, we can do more things and help out more people in the community because we harp on ourselves that we’re a ‘community theater.’ When you get in a theater group, it’s a big family. There’s a lot of love and support in it, and you just want to spread it and keep it going.” 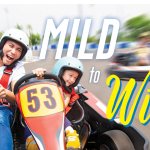 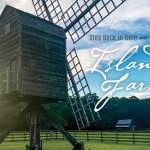 Island FarmBack In The Day, Events