How Did They DO That? What Goes Into a Local Event

By Susan Selig Classen
Posted October 11, 2017
In Events, Music/Entertainment, OBX Community
How Did They DO That? What Goes Into a Local Event2017-10-112017-10-11https://outerbankscoastallife.com/wp-content/uploads/2020/01/cl-masthead-horiz-color.pngOuter Banks Coastal Lifehttps://outerbankscoastallife.com/wp-content/uploads/2017/10/Oink-and-Oyster-15.jpg200px200px
0 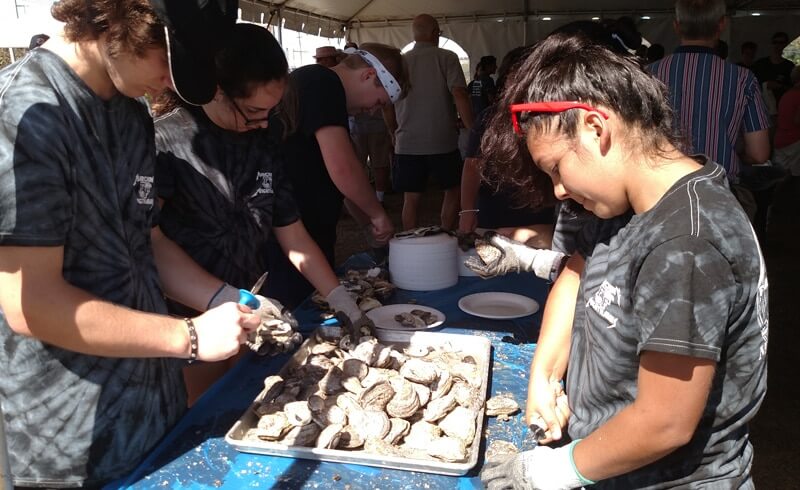 Have you ever wondered what goes into these annual extravaganzas?

What happens before the event to make it happen?

And what makes it the must-attend event in someone’s weekend?

For the past 16 years, First Flight Rotary has been turning a bare field of grass into the non-stop, pig roasting, oyster shucking, all-you-can eat, musically enhanced Oink ‘n Oyster Roast.

Here’s what you didn’t see:

〉It’s August, and the heat is on.

And we don’t mean in a summer-y way. 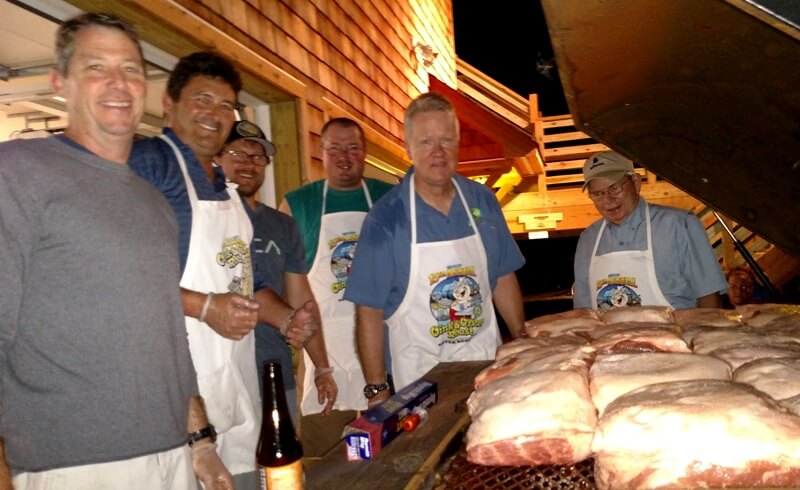 An event like the O&O can be made or lost in the months ahead. A lack of corporate sponsors, ticket sales, or a faulty t-shirt order can be the difference between making money and barely breaking even. 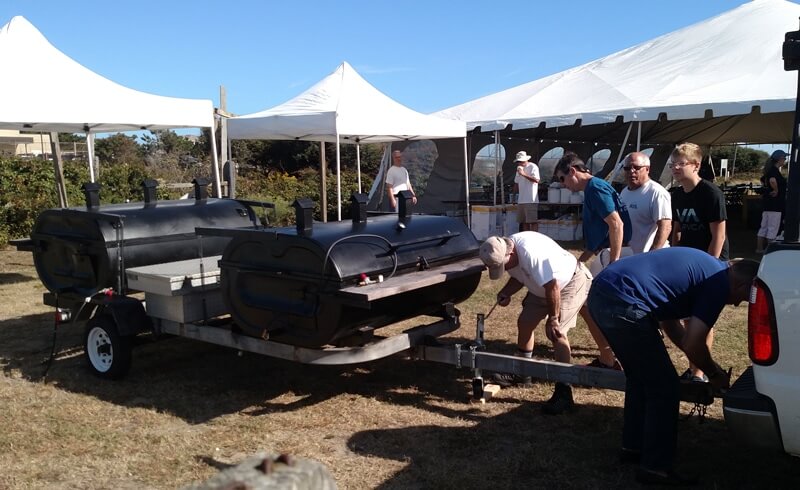 The non-perishable supplies from O&O live a nomadic life.

Who has the cans of sterno?

Where are the dozens of oyster knives and rubber gloves from last year?

Hushpuppy fryers, raffle tickets, t-shirt mannequins, all emerge from members’ homes and garages for their four hours of glory. 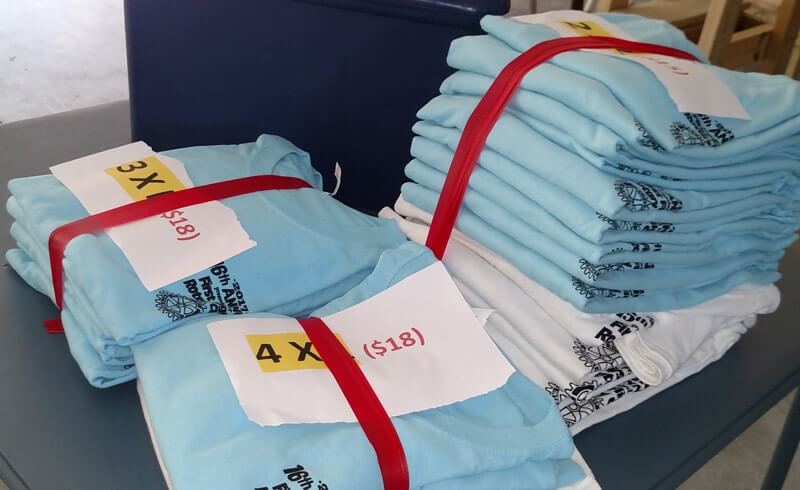 〉It’s the night before, and it’s all hands on deck

You’ve heard of an after-party, but when you’re planning a pig roast, it’s the before-party that counts.

Two days before the event, pig cookers arrive in a Rotarian’s driveway for a cookout that cannot end before 4 a.m. This year it was club president Jay Taylor who stayed up to the wee hours making sure the cookers remain at that sweet spot of 285 degrees. 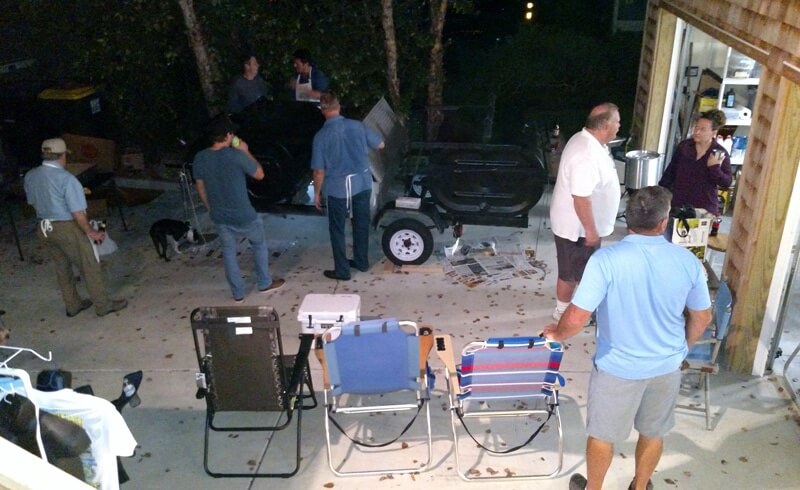 Rob Nichols, now in his second year with the club, watches as the famous vinegar-based BBQ sauce is mixed with a recipe memorized by some.

He gives the grill a nod and says, “Here are two of the best things that Northeastern NC has to offer: BBQ and oysters.”

“They are passing down their knowledge to the next generation,” adds the newcomer.

No matter that some folks were up watching the grill until 3 a.m. the Rotarians are setting up on site at 8 a.m. It’s thirty minutes before the event begins and the online ticketholders are milling around, watching the set-up.

Dozens of band members assume their positions at shucking tables and food and drink stations. 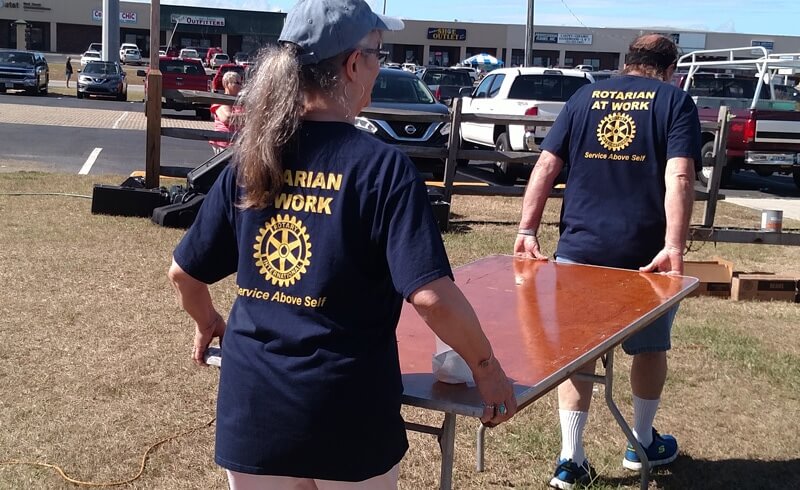 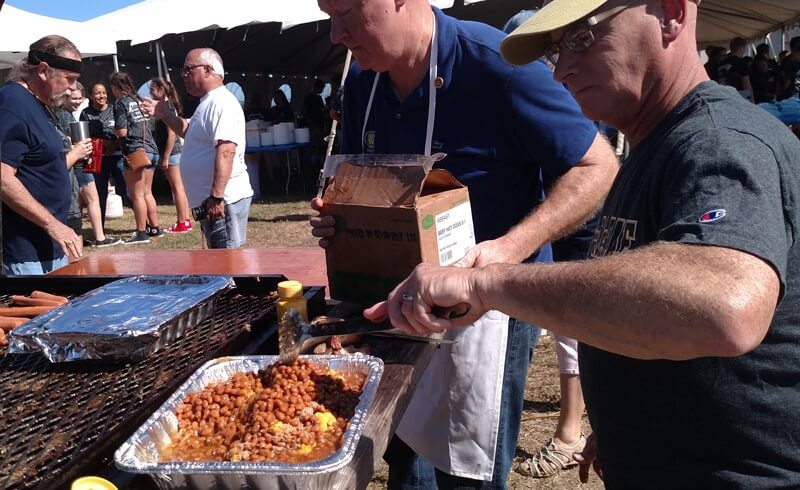 〉And in a flash, it’s over

Go ahead. I dare you. Ask, Dan Sullivan as he’s packing up this year’s tent what is going through his mind to prepare for next year, his one-word reply: “sleeping.”♦ 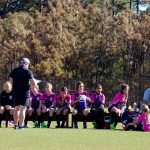 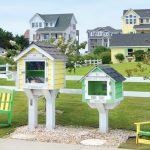