The turbines on the windmills of Amazon Wind Farm U.S. East had barely started turning when controversy surfaced about whether the project should continue. After nearly eight years of planning, study and permitting, state lawmakers lodged a protest against the farm near Elizabeth City.

North Carolina legislators, including House Speaker Tim Moore, Senate President Phil Berger and Senator Bill Cook, R-Beaufort, sent a letter to the incoming Trump administration in late January requesting that the wind farm operations cease due to possible interference with the radar at the Navy’s Northwest Annex in Chesapeake, Va.

The $400 million project received Navy approval during the permitting process, when it was confirmed the turbines would not interfere with the relocatable over-the-horizon radar, or ROTHR, activities.

Rep. Bob Steinburg, who represents District 1 in the N.C. House of Representatives, arranged a meeting between some of the lawmakers and local government representatives at the end of January.

Elizabeth City-Pasquotank County Economic Development Commission Director Wayne Harris said he was surprised and disappointed about the letters from government representatives and expressed his gratitude to Steinburg for arranging the meeting.

“We had an opportunity to talk to them about what the wind farm meant to the local economy,” Harris said. “I mentioned that we had inquiries from commercial developers who read about the wind farm and decided to come down to take a closer look” at the area.

Local government boards have since passed resolutions emphasizing the economic stimulus the farm has had on the region. In a letter sent after the meeting, Steinburg stated, “To date, the project has been a windfall of economic development for Perquimans and Pasquotank counties. Agricultural communities like these do not often have opportunities to attract $400 million investments, and moving forward, the sustained revenue stream is unprecedented.

Harris said that equates to an income stream to the region of $1 billion over the 30-year lifespan of the project.

Standing 305 feet tall, the 104 windmills are expected to generate 204 megawatts over the course of a year to power Amazon’s Cloud Infrastructure. That’s the equivalent to the amount of power used by 60,000 homes.

The farm is part of Amazon Web Services overall commitment to achieving 100 percent renewable energy usage for its worldwide operation. The local wind farm joins similar operations in Ohio and Indiana, as well as five solar farm operations in the United States and United Kingdom. 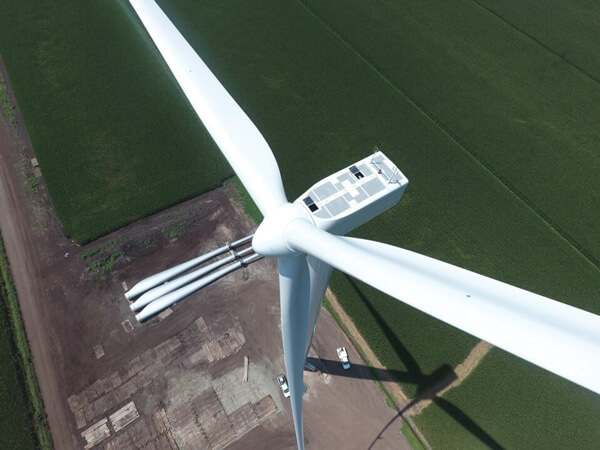 Avangrid Renewables, formerly Iberdrola USA, first began looking for a site for a new wind farm operation in 2009. At that time, the company had wind farms in numerous other states across the country, but none in the Southeast. Avangrid spokesman Paul Copleman said the location was chosen because of consistent strong winds, the ability to interconnect with the energy grid, and compatible land use because farmers would be able to use the land.

Additionally, the nacelle on the top, which houses the gear box and generator, calibrates itself to maximize the amount of energy each turbine produces.

Avangrid Project Developer Craig Poof said the region is part of the PJM regional transmission grid that covers the Mid-Atlantic, from North Carolina north to Pennsylvania and west to Chicago.

Once the site was chosen, Poof said the company began the extensive regulatory process to receive construction approval. At least 20 federal, state, and local agencies had to approve the project. One of the primary concerns was the proximity of the Navy’s Relocatable Over-the-Horizon Radar, or ROTHR, system in Chesapeake, Va.

“Whenever you site a wind farm, regardless of where that is in the country, you have to go through a process with the Federal Aviation Administration (FAA), which incorporates a range of federal agencies that go into their determination of the suitability of that location,” Copleman explained.

Copleman said U.S. Department of Defense (DOD) researchers came to the site to conduct a detailed review process. As a result, the size of the project was reduced from 150 turbines to 104. Some of the turbine locations were changed and all parties agreed to ongoing evaluation and data sharing from the site.

“If they had a problem (with the project) that reduces their capabilities, we wouldn’t be allowed to build,” Copleman said.

Once the permitting process was complete, Amazon signed on as a partner in 2015. 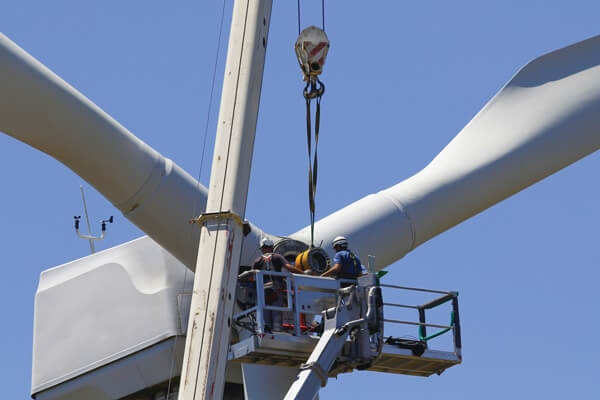 The permitted footprint covers 200,000 acres in Pasquotank and Perquimans counties but the final project includes only 200 acres for the turbines and substations. The company also leased 22,000 acres of farmland from 60 farmers and landowners for the project, though each turbine only takes about a half-acre out of production. Additionally, Avangrid built 60 miles of roadways, which also allows the farmers to access parts of their property they weren’t able to get to before.

Horace Pritchard, owner of approximately 1,300 acres in the wind farm area, was the first farmer to sign on. He has nine turbines on his land and will continue to grow corn, soybeans and wheat.

“We did our homework,” Pritchard said when discussing his decision to lease his land. He cited the additional income, the long-term investment for his family, the small amount of land involved, and the new year-round roads installed by Avangrid as reasons he decided to sign on.

In his position with the Economic Development Commission, Harris has been involved from the beginning. “We researched tax rates of other counties that have much better wind than we do. I thought it was a fair deal because wind projects are different. All costs happen up front,” he said.

“From a local standpoint, there is nothing not to like about this project,” he added, noting that it places no strain on the region’s infrastructure because it brings jobs but not a large influx of people.

During construction, Harris said Avangrid went to great pains to hire as many local people as possible, even going as far as to have a job fair at the local community college. Copleman said the company spent $18 million locally in hotels and restaurants during the process and purchased as much equipment locally as possible.

Harris echoed Copleman, saying that during the construction phase, hotel occupancy was “through the roof” and sales tax revenue in the county was up. At the peak of construction, there were 500 workers on site. The company hired local contractors to pour the 15-foot concrete pads because they possessed those skills. Giant crane operators from outside the area came in to raise the towers.

Now that the wind farm is fully operational, local officials welcome the positive effects it will have on the region in the coming years. 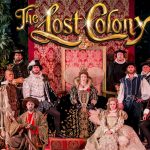 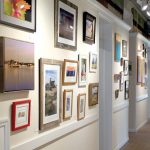 An Art EvolutionBack In The Day, Coastal Life, OBX Community