Lionfish Is On The Menu

With their venomous spines and distinctive zebra-like stripes, the lionfish may not be the first type of fish many think of when planning their menu. In fact, the invasive species to the Atlantic is not only tasty, but just by eating this delicious fish you are helping the environment by reducing its numbers. Lionfish pose a threat to native marine life and their environment. Often described as similar in taste to snapper, lionfish feature white, flaky and tender meat, are high in Omega 3 and low in saturated fats and mercury. There are plenty of ways to enjoy this delicious predator. Following are a few recipes to get you started. Any white fish such as triggerfish, grouper, or snapper can be substituted for lionfish.

The lemon, butter and herb sauce enhances the delicate flavor of the sautéed lionfish.

Heat oil in large skillet to 375 F. Add 2 tablespoons of margarine or butter and melt. Sauté fish, flesh side down, until done on one side, about 2 to 3 minutes. Turn and repeat on other side.
Remove fish to serving dish. Add lemon juice, chives, parsley and remaining butter to skillet. Stir well and heat. Pour over cooked fish. 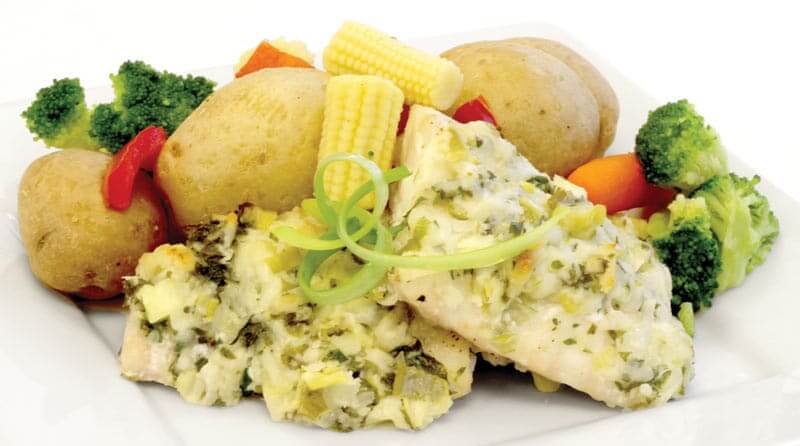 Lionfish is a nice white meat that is mild in taste and very versatile for recipes.

In small bowl, combine 4 tablespoons margarine or butter, cheese, green onions, lemon juice and parsley and set aside. Place fillets on greased broiler pan. Brush with melted margarine or butter. Lightly salt and pepper. Broil about 4 inches from heat until almost done, about 6 minutes. Spread with cheese mixture and continue cooking until cheese melts and is golden brown, about 2 to 3 minutes.

Broiled Lionfish with Paprika and Herbs 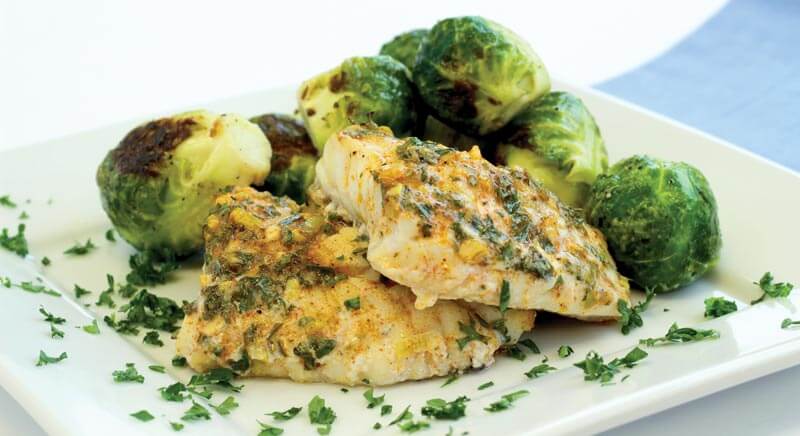 In small bowl, combine softened margarine with salt,
paprika, pepper, onion, parsley, tarragon and lemon juice. Place fish on lightly greased broiler pan. Spread with half of the margarine mixture. Broil about 4 inches from heat until fish is done, about 5 to 6 minutes. Spread again with margarine mixture about halfway through cooking time. Serve with pan juices, if desired. 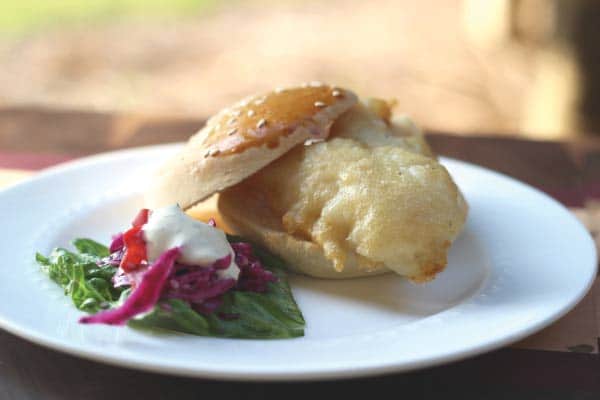 First, prepare the Asian slaw (recipe below). Preheat oil in deep fat fryer on high. While oil is heating, place 2 buns on each of the 4 plates with tops set aside. (Optional: lightly butter top and bottom of mini bun and toast.) Coat front and back of lionfish with tempura batter mix. Test oil by sprinkling a touch of batter in oil. If the batter sizzles and rolls, the oil is hot enough. Turn down fryer one notch and carefully place lionfish in oil. Cook until golden brown. Place 2 lionfish fillets on bottom of each bun. Top with a heaping tablespoon of slaw. Add one teaspoon of remoulade on slaw. Place top bun on slider. Assemble remaining sliders.

Mix all slaw ingredients together. Salt and pepper to taste. Refrigerate for 1 hour prior to serving on lionfish sliders. 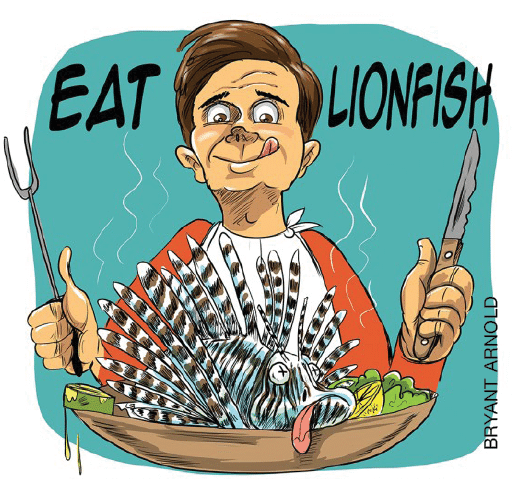 Much like the species itself, a movement that first began in Bermuda to put lionfish on the menu has spread, with conservationists and marine scientists suggesting that this invasive species to the Atlantic become part of our regular diets.

Lionfish are native to the South Pacific and Indian oceans, but ever since the colorful species appeared off the coast of Florida several decades ago and began proliferating up and down the East Coast, they’ve been wreaking havoc among native marine life.

It’s believed that lionfish prey on nearly 100 different native species in the Atlantic.

One answer to the lionfish problem has been to serve them up for dinner – a practice that is not only a yummy one but also a sustainable one. And the delicacy is just beginning to show up on the radar locally.

In fact, lionfish has been the star of the show a few times at the N.C. Aquarium’s Seafood Series cooking class in which local chefs of popular restaurants feature a sustainable local catch.  While it’s not likely that you’ll find it on many menus or at the seafood market yet, don’t be surprised if that changes quickly.

Currently, divers use spears to harvest the majority of the lionfish
being consumed. The good news is that there is no such thing as harvesting too many lionfish since the ideal scenario would be to rid the Atlantic of the species.

Another bonus to eating lionfish, aside from it being a tasty fish, is that is has low levels of mercury, likely because these predators primarily consume small fish. Lionfish are also high in Omega 3 fatty acids and low in Omega 6. That’s good news for your cholesterol.

Fans have described lionfish has having moist, flaky meat that has a buttery taste. A quick internet search will prove that there are dozens of ways to cook and serve this invader. And who knows, before we know it, it may show up alongside flounder and rockfish in our local supermarket.

One thing is certain. It’s a meal we can feel good about eating.

Coastal areas everywhere are onboard the #eatlionfish campaign! 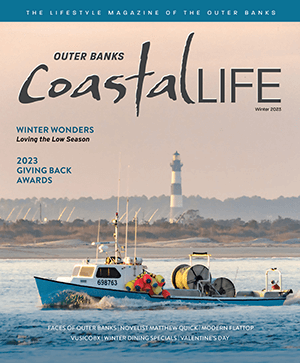 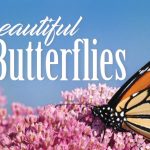 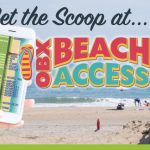