It was a year in August when Jessica Sands had enormous shoes to fill. When Jessica stepped in, Chris Sawin left the Dare County Arts Council to pursue other challenges. We were able to catch up to Sands recently as she reflected on her year at the helm as Executive Director of Dare Arts.

Sands spent the last decade serving as President and Treasurer of three other Outer Banks non-profits. She was also involved with Charitocracy, the charity of the month club she and her husband founded in 2016. Incidentally, Charitocracy has awarded over $100K to local and national charities since its inception.

As she explains. “So I’ve had a working relationship with Chris for a good five years! He is such a wonderful leader. I actually cried when he announced he was leaving. Thankfully, he’s just a text away!”

Born and raised in Massachusetts, Sands and her husband moved to the Outer Banks a little over a decade ago.

“My husband and I moved here in 2010 with our two kids for no good reason other than we were looking for a change from New England. We found a house we liked online in March, flew down in April to see it, and closed on it in June. Twelve years later, we still love it here!”

Sands brought a plethora of experiences that lent itself well to her new position. Previously she was a theater teacher, director, actor, and stage manager. She had received her master’s degree in theater education and spent nearly 25 years in the field. Before moving to the Outer Banks, Sands had been teaching theatre to college students and stage managing professionally around the Boston area.

With theater being her passion, I wondered if she may try to incorporate that into Dare Arts. Turns out she already has. 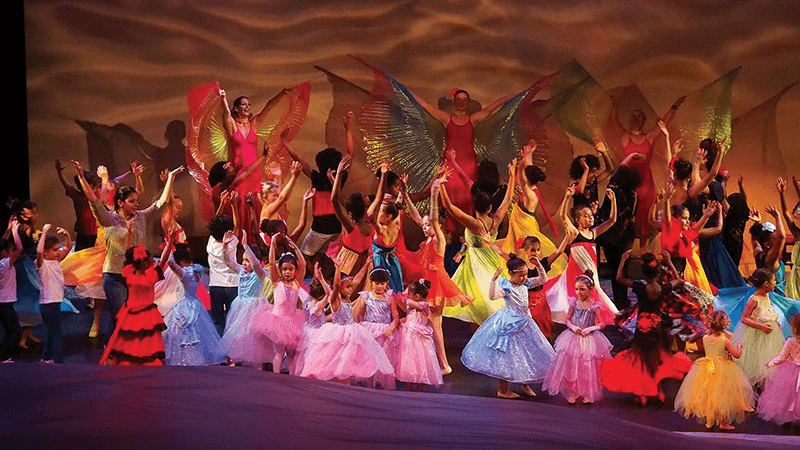 “This fall, we have music, theater, and dance on our schedule, and we host live music at least once per month through our First Friday celebrations and other community events.”

Dare Arts has partnered with the Bryan Cultural Series to bring the Latin Ballet of Virginia to our area for a Dare County Schools Residency. A live ballet performance for the public will be held at FFHS on September 29th.

Sands continues. “I was part of the group to start a formal relationship between Dare Arts and Theatre of Dare, the Community Theatre of the Outer Banks. We have since hosted at least one of their performances in our Courtroom Gallery every year since 2015. Even though they now have a permanent space, we will welcome back the group to perform one of their smaller productions in December.”

In her short year as Executive Director, Sands says that she’s had a few surprises.

“Two things really stand out: One is the staff. We began last summer with a new Program Director, a new Gallery Manager, and me in my new role as Executive Director. We are now a well-oiled machine along with our Media Director. Everyone does their part and does it well. I’m proud to go to work and be a part of this team every day.

The second is the support from the community. It’s clear that Dare Arts is a well-respected and well-loved organization. From the board and the artists to our sponsors and volunteers, there is a place for everyone at Dare Arts.”

Sands has seen some significant changes at Dare Arts in a very short time, including the courtyard and rebranding. But, even with all that, there still must be some new and exciting things on the horizon.

“Always! Thanks to a generous grant from Vidant Health/Outer Banks Hospital, we just announced an expansion of our Power of Art program to promote interaction, creativity, and mental health with special populations in our community. I’m happy to announce that The Great Art Heist, our only fundraiser of the year, will return in October for its 3rd year in a row.

And Jessica Sands and her staff are already planning for Dare Arts’ 50th Anniversary Celebration in 2025! It’s going to be spectacular!
Dare Arts is located at 300 Queen Elizabeth Avenue in downtown Manteo. They can be found online at darearts.org

Ami Hill is the head bus driver and curator of Bus 252. Find the bus in various pop-up art shows on the Outer Banks.

Ami Hill is the head bus driver and curator of Bus 252. Find the bus in various pop-up art shows on the Outer Banks. 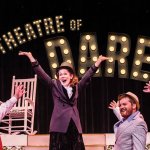