The Winds of Change

Jennette’s Pier came through Hurricane Dorian pretty well. There was little or no damage to the pier and pier house or the structures on the pier. What didn’t get through the 120 or 130-mph wind gusts so well, though, were the wind turbines.

“Ever since Hurricane Dorian. We’ve been working with the manufacturer and Department of Insurance, and state construction office to have new turbines installed. And it’s just been a lengthy process,” Jennette’s Pier Director Mike Remige said.

But if things go as Remige and Mike Bergey, President of Bergey Wind Power, the turbines suppliers, hope wind energy will return to the pier soon.

“We hope to have it (installed) in a couple of months. But there are two things that are out of our control. One is the certification of the inverters.

That’s required by the utility. Those certifications are underway, but we were not in control of the timeline. And then the second is just getting materials for the electronics,” Bergey said.

The supply chain may be the most significant problem. As he says, unlike the automobile industry, which can put a car on the showroom floor and retrofit a computer chip later, that can’t be done with the component parts of a wind turbine.

What was first installed was the Bergey Excel 10. That’s the same system that’s behind the Outer Brewing Station. The plan worked well for the nine years between 2010 when they were installed and September of 2019 when Dorian visited the Outer Banks.

The new system will be the Bergey Excel 15, a considerable upgrade.

“The turbines are 30% more efficient and produce over twice as much power and will still go on the same tower,” Bergey said.

With that increase in efficiency has come technological advances. For example, the airfoils, the blades that spin as the wind blows, are larger yet far more efficient than the Excel 10. Although there are substantial differences between large-scale commercial wind energy production and the type of mini-grid wind production of the Bergey systems, the principle of wind capture is identical.

“The secret sauce is the airfoil shapes,” Bergey said. “It’s the same recipe used by General Electric and Vestas and the other suppliers of very large (commercial) wind turbines. What they do and what we did is figure out the aerodynamics to put a much bigger rotor on the same structure.”

The airfoils are not the only design feature of the Exel 15 pushing the envelope of small grid wind energy design. Wind turbines generate direct current (DC); all commercial electricity uses alternating energy (AC). To covert that DC energy to AC, an inverter is needed, where one of the most significant delays has occurred.

“The Excel turbine, which has been up there for years, had three moving parts. That new 15-kilowatt turbine only has two moving parts. It’s exquisitely simple in design. With very little to go wrong with it,” Bergey said.

Because it is a new and untested inverter, the state and power company, in this case, Dominion Energy of North Carolina, requires certification of the inverter.

The actual hold-up was in creating a new inverter.

In some ways, what Bergey is experiencing with the conditions at Jennette’s Pier is consistent with one of the pier’s primary missions—research. Remige points out that wind energy was not originally thought of as part of the research, but with what has happened over the past few years, much has been learned.

“Nobody expected it to be a Research and Development site for these wind turbines, but in some ways, it’s turned out that way,” he said.

It is not just the airfoils and inverters that have required an upgrade. Even the paint formula has been changed to include zinc better to withstand the wind and salt of the environment.

“One of the main reasons that we thought wind was going to be an important element of the pier was because…as far as renewable energies being introduced to the public, this was one of the best locations to do something like that, to demonstrate what the possibilities are, especially connecting to the idea of offshore wind,” he said. “Small wind and big wind, if you want to differentiate the two, aren’t really directly relatable, but to the layperson, they are.”

Kip Tabb is a freelance writer living on the Outer Banks 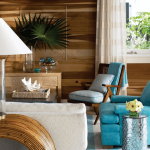 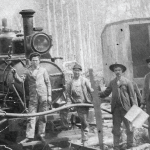 Moonshine CapitalCoastal Life, Something to Talk About