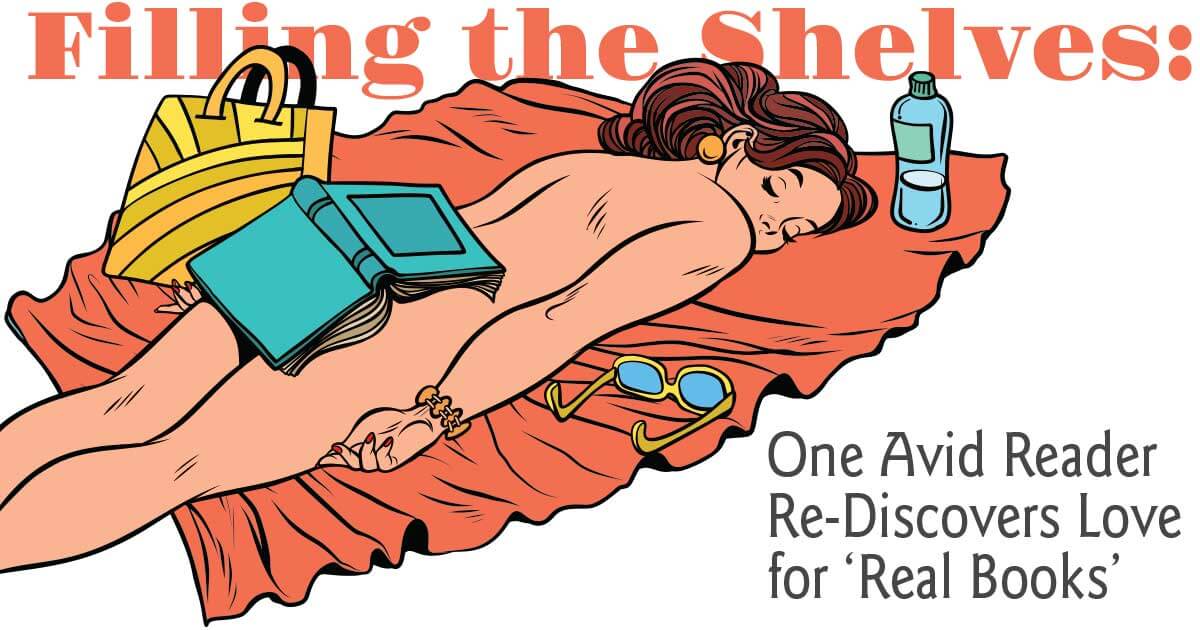 I have a home office where I do my writing. Writing for this magazine. Writing my books. Writing my jokes for my comedy.

Until recently, however, my home office was a sad place. It was sad because the bookshelves in it were bare. Nary a book to be found in them. I had succumbed to the eBook trend that has been sweeping the nation over the last several years.

In fact, eBooks have been outselling the real, hold-in-your hands books by 3-1 (totally made up numbers, so don’t look it up to correct me). Recently I’ve become a James Dean of sorts. I am a rebel, but I do have a “cause.” I realize some of you readers out there may be too young to get this reference, so just use your handheld device and Google it.

My “cause” as of late? Filling those bookshelves back up with actual, real books. I mean, the least I can do is start with the five books that I’ve written, right?

As I ponder the real book vs eBook question, it has become a no-brainer for me. I have long said that I wanted technology to stop for just like six months. Just long enough for me to catch back up. The newest iPhone, the latest iPad, the latest Mac…..it goes on and on. I am sure that many of you feel the same way. I can’t keep up with technology. And I’m making my stand with books!

I know, I know, I can hear you now… ‘But Greg, a real book might give me a paper cut.’ Yeah, if you’re not careful, it might. And if that’s your biggest worry, then please have someone roll this magazine up and hit you over the head with it.

Consider this: If you weren’t careful with your Kindle, or Nook, or whatever device you read your electronic books on, the consequences would be even more dire than a mere paper cut. You’re on the Outer Banks. You want to read on the beach. It’s a sunny day. It’s a reasonable assumption in my book (pun intended). But then a mosquito lands on your significant other. What to do?

Well, with a book you can swat it and just wipe the dead bug off the book cover. With your device? Well, first of all, you’re likely to leave a 6-by-9 inch red welt on that person. And who wants to deal with the accusatory stares of those around you for that? You’re also in danger of cracking your eBook reader screen. See? Not so handy now, is it?

But what if you are reading your book while in the restroom? Boom! By accident you drop your book in the toilet. What are you out at this point? A single book? Not a big deal. You can just go to any local bookstore and replace that book. But imagine dropping your device into that same toilet. Now it’s not just one book you have to replace.

It’s your whole library that is gone – all because you were clumsy.

Still not convinced that a real book in your hands is the way to go? Well, I present to you the economic reason for my argument. When I was a kid growing up in the suburbs of Cleveland, Ohio, I would walk to my public library every week to return and check out books. In addition to my baseball and swimming activities, I loved to read. Perhaps you were the same way.

Are you willing to risk having your children and your children’s children go to the library to only find a laptop or an iPad on shelves rather than actual books that you can hold in your hands and peruse before checking out? Just think of all the librarians you would be putting out of work. If you ask me, that’s a pretty selfish way to go through life. I know if it were me, I wouldn’t want that on my conscience. And I suspect that you wouldn’t either.

And can someone tell me what ever happened to Rand or McNally? Can someone please check in on them to let me know they’re alright? I recently had a comedy gig at a casino in one of the more remote areas of the lower 48. I had to travel to the Upper Peninsula of Michigan. There was national forest on my right, Lake Michigan on my left for nearly two and a half hours before I arrived at my final destination.

The Google map app on my phone got me there and it got me back home just fine. But I have to tell you that travel has become a two-dimensional experience. I knew nothing about the Upper Peninsula on my trip. If I had an honest to goodness Rand McNally Road Atlas in the car like I used to, I would have learned more about the area I was traveling and would have been a better person because of it.

There you go! Some solid reasons as to why I think society is quickly rushing to its demise. All because we choose to continue to read our books, magazines and newspapers on hand held devices rather than in the tradition manner of holding it in your hands and turning the pages manually. But now that I reflect on it, I usually read my articles from “My Outer Banks Home” magazine online, so I could be wrong about all this. Carry on…..♦ 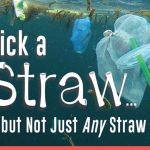 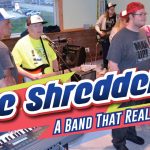