As we all know, the Outer Banks is home to many outstanding things… sun, sand, surf, seafood, fishing, and artists, specifically, some great writers. As a burgeoning writer myself, sometimes I get the chance to learn from the master writers in our area, the well-hewn, vastly experienced sages of the pen. This is one of those times.

A writer’s life can manifest in various degrees and incarnations from youthful stories of magic and adventure, serious literature of windswept moors and arduous quests for noble truth and crystal perfection, to virtuous love and righted wrongs. To write is to seek the truth of this world in your own way, words and language to paper, the human rite of communication with one another by storytelling. It is something many of us sense in ourselves from the first time we put pencil to tablet to learn our letters.

Joseph L.S. Terrell knew from a young age he was meant to be a writer. To sustain longevity, you must evolve, and the recently turned 93 year old is proud of his evolution into a mystery writer on the Outer Banks of North Carolina.

If you ask Terrell if he’s been writing all his life, he’ll immediately respond, “Not yet,” with a big grin. But he remembers when he chose to be a writer. In his high school English class, Terrell was deeply and profoundly moved by a novel the class read and praises it “for cleanness of style, rhythm and dialogue, plus an extremely powerful ending, A Farewell to Arms by the hero of my youth, Ernest Hemingway.” Terrell further remembers, “Boom! That was the moment I knew I wanted to be a writer. It was just like turning a switch. And I have never had any desire to be anything else except a writer from the time I was 17 years old.” He further recounts, “I started writing short stories, and got my first one published when I was 19. And even though I (later) worked in journalism, magazines, newspapers, wire services, and public relations writing, I’ve always written fiction.”

A graduate in English from the University of North Carolina at Chapel Hill, Terrell demonstrated enough potential in writing to be awarded a full scholarship to the famed University of Iowa Writers Workshop, one of only two universities nationwide to offer a Master of Fine Arts  program at that time, Northwestern University being the other. Unfortunately, the Korean War interrupted this opportunity. Upon completing his military service as a Special Agent in the Army’s Counter Intelligence Corps, Terrell returned to UNC to pursue graduate studies in journalism.

There was some time during this period of his career when Joseph had, and still has, a long standing love of music, realized at that time as a musician with a traveling dance band. Characters brought to life from this section of his life can be found in his literary novel, A Time of Music, A Time of Magic.

After leaving the music behind, Terrell began his journalism career as a staff writer for United Press International (UPI), then went on to The Wall Street Journal’s Washington bureau covering the Pentagon. Most of his career was spent in Washington, including a stint as press secretary for the Senate Agriculture Committee. Terrell also worked for various publications in North Carolina and Virginia.

His journalism career taught Joseph Terrell many things. “In journalism, you learn not to be afraid of a blank piece of paper. And you learn to go ahead and put words down” on that paper. “And also in journalism, you can do things that you would never have an opportunity to do otherwise. I wondered what it was like to ride on the back of a garbage truck. And I wrote that story. I sailed on the tall ships and wrote a story about it. And as a harbor pilot.”  In another piece, “I went to Cuba when Castro was still in the jungle. Oh my gosh, and bombs are going off there.” Another time, “I was at the Press Club in Washington when Nikita Khrushchev came out of the meeting there. One of the young staff women who were working there gave him a really big wave and hollered ‘Hi, Nikki’. He smiled and waved back, ‘Hello, Bella. I’m Nikki’.”

With a publishing history that has spanned more than forty years, including not only fiction, but also true crime, psychology, agri-business, military and government affairs, trade, plus numerous other categories. Terrell has written for newspapers, magazines, radio and television, advertising and public relations. He has won first-place awards for his fiction at the National Press Club’s Short Fiction Contest and elsewhere. And after all this variety, Terrell’s favorite medium is still the short story.

During his journalism years, in a stint of writing true crime stories,Terrell initially came to the Outer Banks on assignment to write about a cast member of “The Lost Colony” who had been strangled and thrown in the sound. He immediately loved the area. Years later this became the seed for his first Harrison Weaver mystery, Tide of Darkness. After that first exposure to the Outer Banks all those years ago, he began vacationing here and, eventually fulfilled the dream by moving here permanently.

One after another, year by year, Terrell plots out his entertaining murder mysteries set in the natural beauty of the Outer Banks. Thus far, there are seven Harrison Weaver whodunits to enjoy. Joseph goes once or twice a year on a writing sabbatical to Paris where he finds his muse retracing the haunts of his Lost Generation expat precedents, Ernest Hemingway, F. Scott Fitzgerald, and Thomas Wolf. The skills of writing passed down from the structures and examples of those who preceded us in “the craft.”  From Hemingway to Terrell to me; I relish the company.

Some writing tips from the master:

Joseph has a message for his readers and fans: “Let me hear from you!  Send me an email because I will respond.”  He really means it. He met with a fan who emailed him from New England for coffee the week of our interview. And to all you writers out there…”Stay with it!”♦

The novels written by North Carolina’s own Joseph L.S. Terrell are listed below in chronological order. They can be enjoyed in any order and are available at your local bookstore, library, or online. 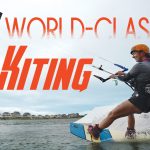 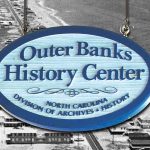