What does the term “summer beach reads” mean to you?  For some, a mystery or thriller is what comes to mind, others may think of romance or “chick lit.” Others may save a new title for vacation so they can savor the reading experience with few distractions. In the bookselling business, we like to highlight books that have engrossing characters or a page-turning plot – or both! Here are a few that we expect to be popular this summer:

That Summer: by Jennifer Weiner
A working wife and mother struggling to have it all finds herself enmeshed in another woman’s glamorous life when an email mixup brings them together. Getting Diana’s misdirected emails couldn’t have come at a better time for Daisy, who desperately needs a distraction from her persistent insomnia. When Diana extends an offer of friendship, Daisy accepts, but she soon learns that their “chance” encounter may have been orchestrated by Diana herself. (Atria Books, $28.00)

The Newcomer: by Mary Kay Andrews
Beach Read Master Mary Kay Andrews kicks off the summer of 2021 with a riveting murder mystery. Andrews brings to life a quirky cast of characters wintering at a mom-and-pop motel in a sleepy Florida beach town.  Suspicions are raised when Letty arrives with her 4-year-old niece, a bag of cash, and a big diamond ring. Little do the guests know that Letty’s shady sister has just been murdered in her New York City townhouse and that she left word that if anything bad happened, her husband, Evan, was to blame. Instructed to take the child and run, Letty snatches her and follows a cryptic clue to the Florida motel, where she fends off the attentions of a handsome police detective and tries to solve her sister’s murder. (St. Martin’s Press, $28.99)

People We Meet on Vacation: by Emily Henry
Emily Henry had the most popular beach read of 2020, titled simply “Beach Read.” She brings two new characters with an irresistible plotline in her newest title. Poppy and Alex have nothing in common, but since a fateful car share home from college many years ago, they are the very best of friends. For most of the year, they live worlds apart—she’s in New York City, and he’s in their small hometown—but every summer, for a decade, they have taken one glorious week of vacation together. Until two years ago, when they ruined everything. They haven’t spoken since. Discover their happy ever after (?) in “People We Meet on Vacation.” (Berkeley $16.00)

Sooley: by John Grisham
John Grisham is known for his courtroom thrillers, but in Sooley, he takes you to a different kind of court in this, his first basketball novel. Samuel “Sooley” Sooleymon is a raw, young talent with big hoop dreams. He flies from his native Somalia to an international tournament in the U.S. Through tragic and unforeseen events, Samuel finds himself in Durham, NC, sitting on the bench at NC Central University and trying desperately to reunite his family. Gripping and moving, Sooley showcases John Grisham’s unparalleled storytelling powers in a whole new light. This is Grisham at the top of his game. (Doubleday, $28.95)

The Babysitter: My Summers with a
Serial Killer: by Liza Rodman and Jennifer Jordan
The Babysitter is that rare true crime story that feels like a novel.  A hybrid of memoir and investigative nonfiction, this is the story of Liza Rodman’s lonely girlhood on Cape Cod in the 1960s. Her mother worked at a hotel by day and partied in Provincetown by night. While she was out, the good-looking and kind hotel handyman babysat Rodman and her sister. They’d go get popsicles in his truck and hang out in his “secret garden” in the woods of Truro. It turns out their nice guy sitter was also a serial killer. Some of his dismembered victims were buried in that garden. Decades later, Rodman connected her babysitter and the splashy murder headlines and became obsessed with researching the case. (Atria Books, $28.00)

The Lost Colony Murder on the Outer Banks:
Seeking Justice for Brenda Joyce Holland: by John Railey
This fascinating story is both true and local. In the summer of 1967, nineteen-year-old Brenda Joyce Holland disappeared. She was a mountain girl who had come to Manteo to work in the outdoor drama The Lost Colony. Her body was found five days later, floating in the sound. Based on expansive research, including the state investigative file and multiple interviews with insiders, this riveting narrative searches for the truth of her unsolved murder. This includes séances, a suicide, and a supposed shallow grave. Journalist John Railey cuts through layers of stories, gossip, and speculation to finally arrive at the long-hidden truth of what happened to Brenda Holland that summer on Roanoke Island. (Arcadia, $21.99) 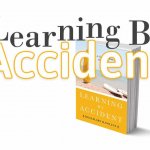 Learning By AccidentFamily Matters, Health Matters, Local Spotlight, Music/Entertainment, Something to Talk About 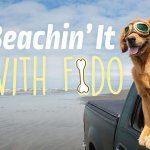