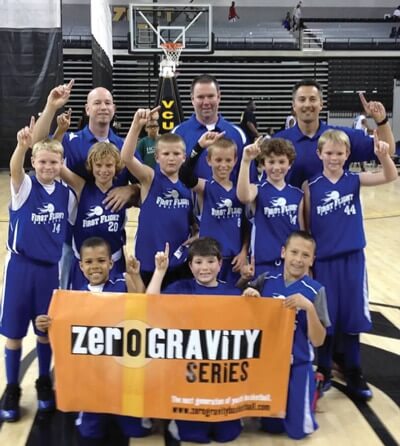 The First Flight Ballerz at Virginia Commonwealth University in Richmond for a basketball tournament when the team was newly formed. Many of the players still compete for the ballerz as well as for school teams. Photo from Wayne Rodman.

When Wayne Rodman moved his family from California to the Outer Banks eight years ago, he immediately saw a need for a youth basketball program on the beach that could build fundamental skills.

So Rodman launched the First Flight Ballerz travel teams – which experienced more than a little turbulence in those early years.

“Our first tournament was at one of the powerhouses and I believe it was our third-grade team, they got beat by 48 points,” Rodman recalls with a laugh. “Welcome to the real world!”

It didn’t take long for the Outer Banks players to grow more competitive. The next year at the same tournament, that same team only lost by 20. Parents were blown away by the improvement they saw their kids showcase in the Parks and Rec leagues. And all these years later, eight of those tiny third-graders – including a prominent sharpshooter on the First Flight High School team named Dylan Blake – continue honing their skills with a Ballerz program that has grown to more than 100 players across all age levels.

“I was just going to do one or two teams and just improve the kids’ skills so they were more prepared for high school,” Rodman says. “It just grew from there.”

When it comes to sports on the Outer Banks, that’s a recurring theme: Someone sees a need and a travel team is born. From volleyball to wrestling to swimming, a growing number of groups are helping athletes hone their skills here instead of forcing parents to make the drive to Virginia two or three days a week.

When Sammy Jo Hinnant played volleyball, she didn’t have a club team to join. Now, the 2009 Manteo High School graduate coaches the OBX Wave Volleyball Club, which debuted in 2015.

“There was a need for girls to touch a volleyball before middle school, to have that kind of experience,” Hinnant explains. “The directors wanted to have a team here.” 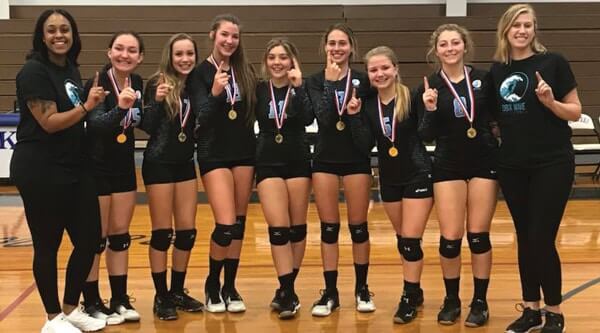 Club directors Amanda Finchem and Tennille Parsons credited Kelly Ballard of an older volleyball club – Allegheny Elite – for showing them the ins and outs of setting up a travel team. The OBX Wave consists of about eight girls competing in the 17-Under category from November to March, after the high school season ends, and the hope is that the OBX Wave can grow to have teams in multiple age groups.

The girls practice two nights a week for two hours at First Flight Middle School and compete in one tournament a month in the eastern half of North Carolina. Players share rides on Friday nights, crash together in a hotel, play all day Saturday and drive home that night.

Macey Haynes, a sophomore at First Flight, has played three years for the Wave after being encouraged to join by teammate Eliza Cowan. The time commitment for travel ball isn’t as daunting as she feared.

“I really liked volleyball for school,” Haynes says. “It’s during the winter, so it’s not like I have that much going on.”

And the payoff is obvious.

“The head coach at First Flight can already tell the difference between the girls who play club and the girls who don’t,” Hinnant says. “You can tell right away who plays travel ball.” 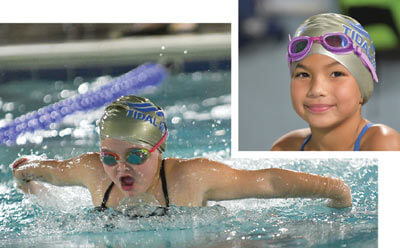 Tia Green was looking for similar improvement in local swimmers when she arrived at the Outer Banks Family YMCA. The OBX Swim Club did a great job helping older kids in the USA Swimming ranks, but Green and YMCA director Ryan Henderson wanted to start younger, so they founded the YMCA Tidal Waves Club two years ago. The Tidal Waves now serves upwards of 70 swimmers of all ages in both YMCA and USA Swimming meets now that the OBX Swim Club has dissolved.

“We had open tryouts and 30-plus kids showed up – obviously there was a need,” Green says of the club’s debut. “We’ve really had nothing but positive feedback. The kids that take a break for other sports tend to come back. The parents see the improvements and seem pretty thrilled with it.”

Tidal Waves features four levels for novice, intermediate and senior swimmers. The newest swimmers train an hour a day three days a week, while the seniors – most of whom have dedicated enough time to think about college swimming – work out five days a week for 90 minutes. The club features five certified coaches and one volunteer coach. 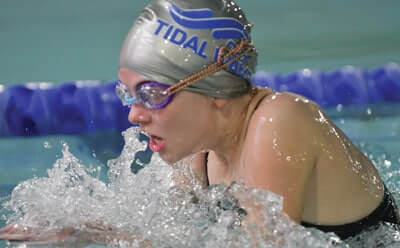 In the short-course season from September to April, the Tidal Waves compete in two meets a month. The YMCA meets tend to be in Elizabeth City and are one-day affairs, while the USA Swimming events are in Virginia and can last anywhere from two to four days. One of the Tidal Waves’ biggest success stories is Cecilia Cortez, a senior at First Flight, who competed in the USA Swimming Junior National Cup and Futures Championships in recent months.

Some parents and athletes endure the rigors of travel sports with the goal of a college scholarship in mind, and while the Ballerz have seen seven alumni go on to college basketball programs, Rodman says the focus is on something else entirely.

“We just want to gear them up for middle school and high school and get them ready to compete,” Rodman says. “First Flight Middle School has won two championships, and starting in eighth grade we start teaching the high school system so they’re ready to play for Coach (Chad) Williams.”

Rodman called the endeavor “exhausting,” from the practices to the all-day tournaments featuring as many as six games, and praised coaches like Paul King, Brad Beacham, Phil Savona, Keith Dobie, Mike O’Steen, Kevin Bancroft and Darel Crumpler, who have been with the Ballerz more than five years.

Why do so many devote so much time to so many programs, in everything from the OBX Select and OBX Elite wrestling clubs to competition dance teams at local studios to the largest travel team on the beach, OBX Storm Soccer?

Jeff Scott has done everything from webmaster to discipline to treasurer to membership chair to coach with the Storm, but his favorite role has been dad. He spent 10 years “doing the weekend travel thing” as sons Drew and Tommy made their way through the Storm age groups. Rather than focus on the cost or time involved with those weekend tournaments, Scott revels in the fun memories.

“Probably one of the best parts about all that travel soccer is the time spent in the car with the family: captive audience. The older they get the more they’ve got their headphones on, but you’re spending time with your kids and making memories,” Scott says. “I can remember traveling to Raleigh with Tommy and a couple of his friends when they were 12 years old, they’re talking away, listening to the radio, thinking ‘Wow, this is awesome!’ ”

Tommy Scott’s OBX Storm squad ended up on the 2016 First Flight team that won the state championship, a remarkable culmination for a group that had been playing together for years. 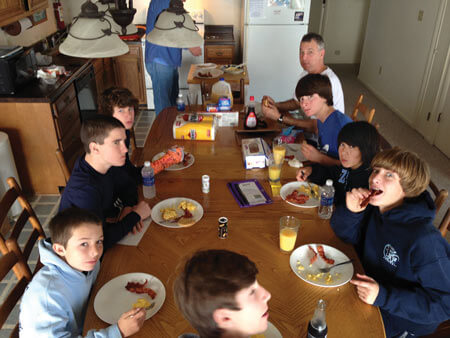 OBX Storm 2001 Boys team live together for a weekend during one of their out-of-town tournaments. Photo from Jeff Scott.

“All those parents we’ve been traveling around with for years, they’re there with you, seeing your kid succeed at that level, it’s unbelievable,” Scott explains. “You make a lot of lifelong friends with those other parents that we sat in hotel lobbies with over the years. That’s what happens in the evenings: You sit around in the hotel lobby and talk about the games and talk about life, and that’s a lot of fun.”

For some tournaments, the parents get together and rent houses so everyone can stay together. Another of Scott’s favorite memories involved a trip to Washington for the Storm team to watch the U.S. Men’s National Team take on Germany.

In addition to the fun, the commitment to travel soccer teaches discipline and focus, Scott says, while losses and disappointments over bad calls show kids how to rise up when adversity strikes. Those kinds of lesson are what he and other long-time coaches such as Steve Smalley, Barrett Crook, Larry Barker, Tom Bouker, Andrew Thomas, Jody Long, Eliot Jones, and Erin and Kevin Groat (Three Dog Ink Media’s graphic designer) try to emphasize.

Storm president John Voight, who has seen all three of his children enjoy the experience, praised those coaches for helping a Storm program with about 200 kids on 15 teams compete with giants in the Triad and Triangle.

“Because of where we are, travel sports is so different,” Voight says. “You go to Greensboro and realize, ‘Wow, we are really small potatoes.’ Some of the clubs in Greensboro and Raleigh have thousands of players and full-time employees. That’s neat, because we’re playing all these same teams and a lot of our teams do really well against them.” 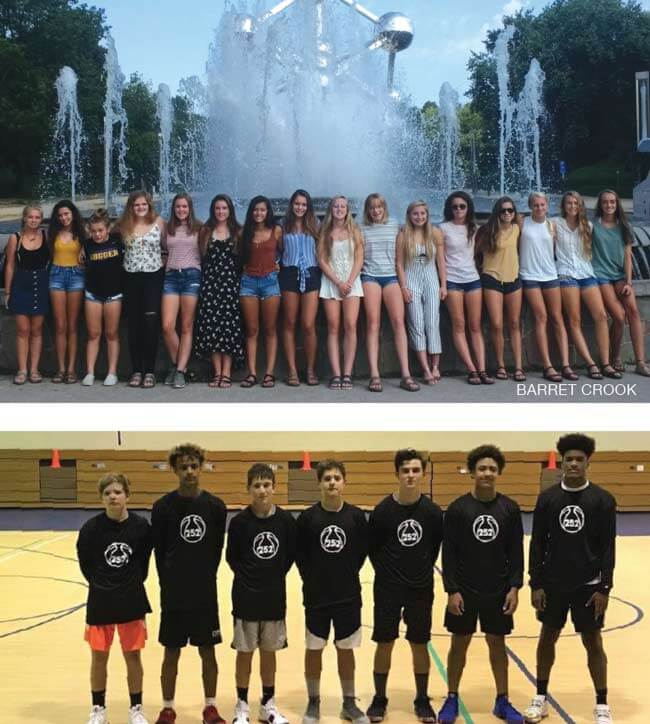 Win or lose, it’s all about giving kids an experience they might not otherwise have. Larry Orenuga formed the new 252 Basketball travel team in April and has shared fun times with his small group of rising freshmen at a number of tournaments from Durham to Ocean City, MD.

“Travel basketball is about traveling,” Orenuga says. “I talked to the parents and let them know we were going to travel. It gives kids an opportunity to see what true talent is all about.”

And the fundraisers to help with the trips – everything from car washes to clinics to raffles from local businesses – show the players something else.

“It gets them out in the community, shows the kids it’s not just about playing,” Orenuga says. “It’s about working, too.”

The long hours of practice and trips to competitions leave the kids tired but satisfied. They’re playing the sport they love, building bonds with their teammates, and having fun doing it.

First Flight sophomore Acy Davis, in her second year with the OBX Wave, remembers killing time between games at one volleyball tournament with a rousing round of “Duck Duck Goose” in the hallway.

“All the teams were walking around us, looking like ‘what in the world?’ because we were laughing so hard,” Davis says. “We got to the point where we were all pretty much best friends. The games and hotels were really fun.”♦ 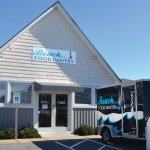