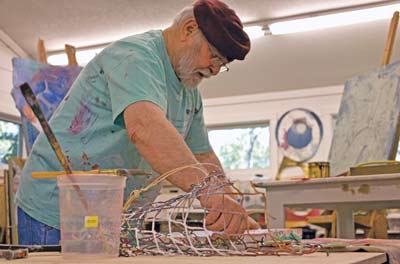 Some have known him simply as Glenn Eure. Others will remember him when they hear the phrase:

The latter description paints a more accurate and essential picture of Glenn Eure’s presence on earth.

Glenn had a strong passion and a deep love for his country. He served twenty-three years in the United States Army as a Major. During those years, he served two complete combat tours, one in Korea; the other in Vietnam. Glenn served in many different capacities, ranging from a forward observer to commanding an artillery battery. Glenn was a committed member of the Veterans of Foreign Wars, the Hawaii Chapter of the Korean War Veterans Association and the Military Officers Association of America. Eure received many different military honors to commemorate his lifelong dedication to his country. They have included the Second Award of the Combat Infantry Badge, The Air Medal, a Purple Heart, and a Vietnamese Medal of Honor. 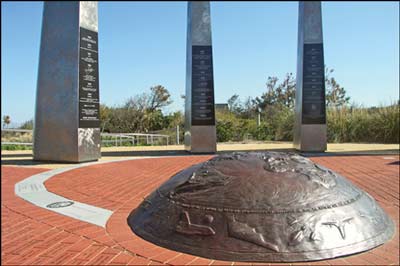 Glenn Eure’s Monument to a Century of Flight. Photo from glenneureart.com

It was after retiring from the military that Glenn earned his Bachelor of Fine Arts degree from East Carolina University.  He majored in fine arts printmaking and minored in painting and sculpture. Glenn went on to open his first gallery in 1975, when he designed and built the Ghost Fleet Gallery, located in Nags Head. The Ghost Fleet Gallery is home to thousands of handcrafted designs and exhibits all ranging from woodcuts, etchings, watercolor paintings, collagraphs, ink paintings, sculptural oil paintings, relief carvings, and stone lithographs.

To say that art was Glenn’s life, is a substantial understatement. When he was not creating art, Glenn was sharing it passionately with others. Anita Roddick says “To succeed you have to believe in something with such passion that it becomes a reality.” It is almost as if that statement was specifically written to describe Glenn Eure himself. He manifested his dreams and his lifelong passion into his very own reality.

If you have ever visited the Outer Banks of North Carolina, and have wandered around the Aycock Brown Welcome Center in Kitty Hawk, you might have taken notice of the ‘Monument to a Century of Flight’ sculpture. As you might have suspected, Mr Eure was one of the planners, designers, and builders of this tribute. The massive 60 foot by 75 foot sculpture, was created to honor and to celebrate man’s 100th Anniversary of powered flight.

Also a member of Holy Redeemer Catholic Church by the Sea, Glenn was the brains and the physical hands behind the fourteen ‘Stations of the Cross’ located in the church sanctuary. This astounding display is something to be seen with your own eyes. No picture can quite do justice to the marvelous and intricate work that Glenn spent approximately twelve long years planning and creating. 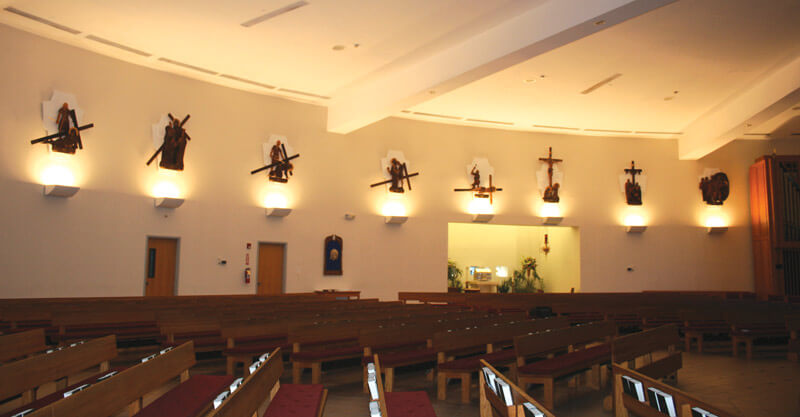 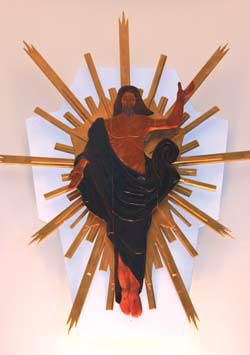 One of the Stations of the Cross at Holy Redeemer Catholic Church in Kitty Hawk, NC Outer Banks. Photo Jane Fiedler

Glenn was also a long-time Rotarian. He was awarded the “Service Above Self” award by Rotary International. This award is presented to only fifty, of  the two million Rotarian’s worldwide. Eure was also awarded the Order of the Long Leaf Pine by the Governor of North Carolina, the highest civilian acknowledgment by the state. If that wasn’t enough, Glenn was honored by the Town of Nags Head as “Keeper of the Light.” And then in 2010, at the Land of Beginning Festival, he was declared and given the title “Outer Banks Living Legend.”

Glenn published his first book in 2013 titled Glenn Eure, Artful Rogue of the Outer Banks.The book is a collection of his many works of art, that was collaborated and written by Glenn’s loving wife Pat (she also has been known as the “Gallery Wife”). Quoted by Pat when referencing her husband, “I have often thought that my husband is more an experience than a solid thing. Certainly any world is too big to hold in your mind at one time. It would seem a single island might fit more easily, but it really doesn’t. You breathe it in for a minute, or a succession of minutes, and come to understand, without realizing it at the time or for most of a lifetime actually, that you have experienced its beauty completely, still possessing nothing of it.” While reading that first sentence, it is almost impossible to not sense the amount of love and admiration that Pat had for her husband Glenn. 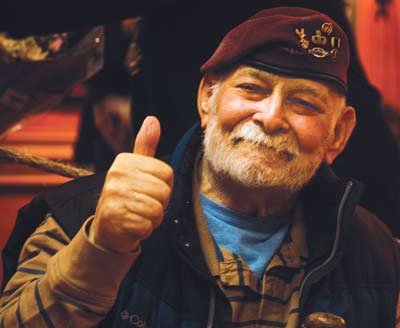 Glenn was often described by others to be “larger than life” and has been described as “having the energy of a locomotive.” He had a “whale-sized imagination” with a “heart to match his talent.”

For Glenn Eure, being an artist wasn’t just his career. It wasn’t something that he considered a daily grind, a term that some of us may harshly refer to in our day jobs. For him, however, the art was a labor of love. Art was his way of touching the lives of many people from many different walks of life. We all have our own special ways of trying to change the world and make it a better place. For Glenn, it was painting a picture of something that was inside his heart. Most artwork found on the Outer Banks or simply involving the Outer Banks can be traced back to just one person; Glenn Eure. The name itself is a brand, and one that tells a creative and heart-warming story about a legend who left us, but a legacy that will surely carry on forever. Thank you Glenn Eure. Thank you for your art and your inspiration!♦ 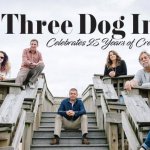 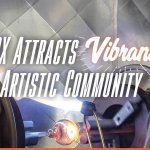