Two years ago, Kelly Tobin and her husband, Jeff, with the help of their two sons established OBX Project Purple. Never did they dream of what it would become.

In 2011, the Project Purple initiative was a fledgling, nationwide movement intended to target and educate adolescents about the dangers of substance abuse. The initiative operates under the Herren Project, named after former NBA player, Chris Herren. The Project Purple concept was inspired during one of Herren’s presentations where the front row of seats were occupied by students all wearing purple t-shirts. When one of the “purple shirts” stood up to thank him for speaking, other students laughed at her. She explained that each year, this group of students takes a pledge not to use drugs or alcohol and the purple shirts were a symbol of their unity. Herren was so impressed by her courage that it convinced him to begin a program targeting school-aged children.

Having dealt with issues of alcoholism within their own family, Kelly and Jeff wrote to the Herren Project asking if they could bring the Project Purple initiative to the Outer Banks. Kelly states that she especially appreciated their message “it doesn’t matter where you’ve already been or what you’ve already done; it’s a second chance, a fresh start [by pledging to Go Purple].” Seeing the “power that high school kids have over younger kids,” as she describes it, Tobin first approached her son Billy’s football team at First Flight High School in July 2012 during their August, pre-season training. By pledging to remain alcohol and drug free, the football team would be an influential student group who could bring a very strong, clear message to students returning to class in the fall. “We had no idea what was about to happen,” she added. That first day, 54 high-school athletes took the Project Purple pledge. Before they knew it, Project Purple “took off like crazy.” Tobin started receiving calls and emails from other teams and individual students wanting to participate. To date, approximately 700 Dare and Currituck county students have taken the pledge. 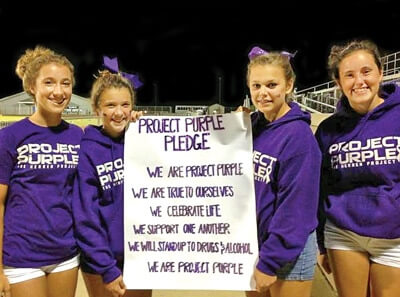 While the isolated nature of the Outer Banks would seem a safe place for kids to grow up, Tobin will state, “there are drugs here just like anywhere else. And 90 percent of addiction starts in the teenage years.” Speaking regularly with students, Tobin learns about the prevalence of substance abuse in our schools, noting that alcohol, marijuana and prescription drug use are seen even in our middle schools. She hears that local, high school students have had access to heroin, ecstasy, and “Molly” as well as the off-label use of prescription drugs like Ritalin and Adderall. 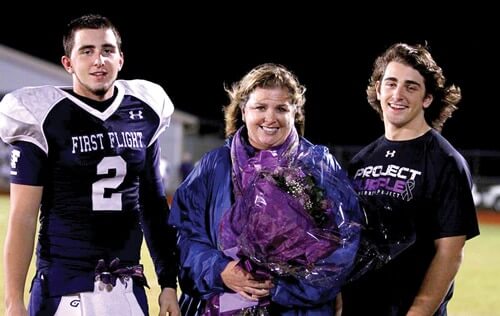 To Tobin, taking the Project Purple pledge can have two motivations. For those who have experimented, it is reason to stop using drugs and alcohol; for those who don’t use, it is a reason not to start. No matter what, she believes the pledge offers a second chance to kids without penalties or consequences. “There’s no bad kids, there’s kids who make bad choices,” and with positive peer pressure, perhaps they can be steered in a better direction. By taking an all-comers-welcome approach, Tobin invites conversation with students about substance abuse, educating them on its effects on brain development and discussing its powerful influence in the media. “Educating [students] properly is huge for me,” Tobin explains.

Impressed by the strides she’s made, the Herren Project now hires Tobin as a consultant to assist other schools nationwide in developing their own Project Purple clubs. Says Tobin about her hard work, “I’ve watched kids change and grow. It’s changed my life.” While OBX Project Purple is too young to quote statistics reflecting its impact, Tobin gets texts and emails from students every day thanking her for the gift she’s given them. In Dare County alone, Project Purple has met with over 900 students. “We show grace toward each other,” she says, “No one’s perfect. So you made a mistake? Get back up and make the next, right decision.”  Photography by Kelly Ballard.

Author, Meaghan Beasley has lived on the Outer Banks over ten years and has a basketball-playing nephew who at 10 pledged purple thanks to the influence of Tobin’s son, Billy.

Project Purple is entirely self-funded through private and charitable donations. “It takes $11 to turn a kid purple,” said Tobin, “a t-shirt, shoelaces and wristband.” To donate or get involved contact Kelly Tobin at 252.216.0011 or obxproject@gmail.com.

A home-based enterprise, OBX Project Purple, has monthly board meetings at the Kill Devil Hills Comfort Inn on the third Monday of every month. “We have a great group of people,” Tobin says of the Board of Directors, which helps make OBX Project Purple such a success. Also, their new website, goprojectpurpleobx.com launched this winter.  Future events include a Go Project Purple 5k Color Run in October 2014.
For more information: goprojectpurpleobx.com • Facebook.com/OBXProject
The Herren Project • theherrenproject.org

Meaghan Beasley has lived on the Outer Banks over 14 years; although not a local herself, she married one and finds herself completely at home here among the water and dunes. A sort of modern Renaissance woman, Meaghan works as an Indie Bookseller, a bookkeeper, a freelance writer, a small sewing business owner, and the wife of a crabber (truly a job in and of itself). When not working, she’s reading: on the beach, on the deck, on the couch – anywhere’s perfect for reading! 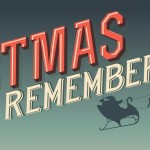