Special Olympics Of Dare County – Brave In The Attempt

“Let me win. But if I cannot win, let me be brave in the attempt.”
– Special Olympics Oath

After finishing a lap at the Nags Head YMCA swimming pool, the athlete’s team members await him, arms raised to give high fives and pats on the back. “Good job!” is shouted out all around. A coach calls out, “Are we awesome, or what?” and the team responds with a resounding, “Yes!”

On the basketball court of the Dare County Rec Center, another team practices for their first match of the season. They run plays, practice passes and layups. One man sinks a basket off the backboard and a teammate delivers a hug for a job well-done while those on the bench clap and cheer.

The swimming pool and basketball courts are just a couple of the everyday scenes at a Special Olympics team practice here on the Outer Banks. According to new Local Program Coordinator for Dare County, Kathleen Morgan, there are over 55 athletes who compete locally in bowling, basketball, aquatics, equestrian, bocce, track and field, ice-skating, and cheerleading. Many athletes compete in multiple sports.

It Does a Body Good

Sam Iulo, Exceptional Students Teacher at First Flight High School and Special Olympics equestrian coach, says that the physical exercise and social interaction their athletes receive, “is so good for them and they love it! They don’t think of it as exercise and they’re having a blast!” Speaking of a recent new athlete to join the equestrian team, she says, “We had a parent that told us her daughter had never interacted with anyone else like her [with an intellectual disability] until she’d attended a Special Olympics practice. It was the first time in her life she felt comfortable and accepted by her peers.” 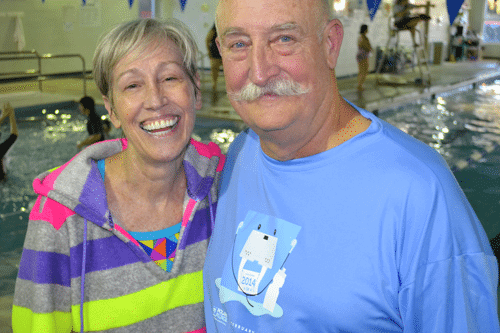 And the numbers can back it up. A 2008 survey of North Carolina Special Olympics athletes who participated in the fall games in High Point, NC showed that 92% of respondents experienced higher levels of self-confidence; 74% showed increased muscle strength, 70% experienced improved cardiovascular endurance, and 69% reported higher levels of physical activity in their everyday lives.

Olympian Kristin Gavoni concurs, “I like to swim because it’s fun. I do horseback riding, bowling, and cheerleading. I like to support my team, and it’s a good workout.”

“It’s so rewarding to see the transition that takes place,” says Morgan, “not only in their health, their well-being, but in our athletes’ self-esteem, pride, and behavior. They end up getting jobs, they contribute to society, and they have better relationships with their family members. It is so amazing.”

The Yale University Child Study Center conducted a survey over the course of 1993-1994 to measure the effects of competing in Special Olympics. They found that participation “leads to improved performance in the classroom and workplace and an increase in community involvement, independence, and socialization for people with intellectual disabilities.”

“We try to focus on our athletes’ abilities and their potential, because to us, they have no disability,” says Morgan. She and her husband, K.E., have been Special Olympics coaches for almost 30 years. When she speaks about one high school athlete with whom she and her husband worked, Morgan’s face beams with pride. “We had a young man last year; he couldn’t swim a stroke. He had low self-esteem and walked with his head down. He said, ‘I want to try this, but I can’t swim,’ and we said to him, ‘You will swim by the end of eight weeks.’ And he did; he went to State Games last year and he got a first place medal. He has changed so much! He comes out; he tries hard at everything he does. And he even wants to go to college!”

Over the years, Morgan has seen endless success stories such as that beginner. She adds, “They study harder; their grades get better. These athletes have so much untapped potential.” 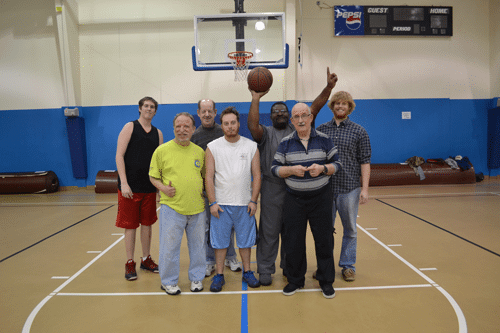 John Morris, Leisure Activities Director at the Dare County Parks and Recreation Center and Special Olympics basketball coach, has been working with his team for just over a year now. “I was slowly introduced into Special Olympics about two years ago. I enjoyed it, got certified, and here I am.”

Anyone with an interest or background in a particular sport who would like to coach can come out and volunteer. Morgan points out, “If we have enough interest in a sport and we have the athletes, then we’ll find the coaches.” Special Olympics offers free training and certifications as well as continuing training to their coaches.

All the current coaches echo what a rewarding experience it can be. “I see a lot of [the athletes] becoming more comfortable around me and around each other,” Morris says when talking of his basketball team athletes at a winter practice before their first regional meet, “It’s pretty cool. And my relationship with them is growing into so much more than I thought it would be. They’re a lot of fun…a lot of fun to be around and they brighten my day.”

On January 31, the first Unified Basketball game was played between the teams of Special Olympics Dare County and the FFHS basketball team. “Last year we were able to have a game at the high school. All the students on their break piled into the gym and our teams scrimmaged each other. The students cheered us on. It was awesome!”

Iulo can’t keep away. “I help out with Spring Games, basketball, and swimming. I’m only qualified to coach horseback riding, but I’ll volunteer wherever they need me.” Part of Morgan’s enjoyment as a coach comes from helping athletes
develop more than physical skills. “We try to give our athletes a leadership role. They need responsibility and they are wonderful at it.”

Of course, there’s a reward for coaches, as well. “I learn something every time I’m with our athletes.  I learn kindness, patience, and acceptance. They give me something every time, and I think the more inclusive we get as a community, we will all learn these things,” adds Morgan.

How You Can Help

Unlike many non-profits, Special Olympics is a private non-profit and receives no government or United Way funds to assist them. Instead, it must rely completely on donations from individuals, corporations, and foundations. The latter has proven difficult so far for the Dare County branch.

While Morgan believes our community shows a high level of acceptance for those with intellectual disabilities, she doesn’t see the same awareness for the needs of Special Olympics. “We rely solely on donations, and we are the poorest branch of Special Olympics in North Carolina. We desperately need uniforms.”
She continues, “People need to know we’re here. We aren’t a babysitting service. We teach our athletes to make them better members of our community.” 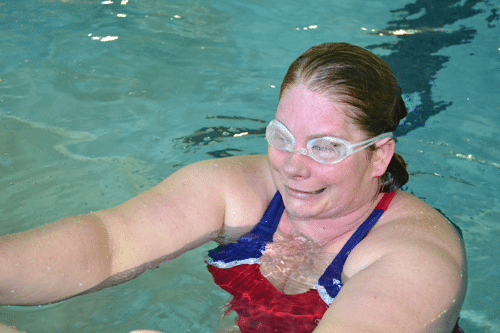 And for those who can, a donation of time is just as welcome. “We have some parents [who] are our best volunteers. They don’t miss a meet; they shuttle athletes around, buy snacks for the team. They are wonderful! We couldn’t do it without them!”

Morgan hopes to boost community awareness and support with the annual Spring Games competition Saturday, April 25 at the FFHS track. “It’ll be a big Track and Field event. We’ll have radio covering the action during the day.” She hopes that everyone will try and make it out to cheer on the athletes who commit so much of their heart and soul to train. OBX athletes continue on to Raleigh and will compete at the state games May 29 – 31.

“We will find a way so that every athlete who wants to train is included in a sport. They need to exercise and they love to compete,” she smiles. “What they really like is to compete!”♦

By the Numbers:
3.5 million athletes in over 170 countries 38,000 athletes in NC in nearly 100 counties. Founded in 1968 by Eunice Kennedy Shriver in Chicago. Open to all athletes age 8 and up Athletes train in 32 Olympic-type sports. Did you know that a Special Olympics event or practice is held almost every day of the year?

Meaghan Beasley has lived on the Outer Banks over 14 years; although not a local herself, she married one and finds herself completely at home here among the water and dunes. A sort of modern Renaissance woman, Meaghan works as an Indie Bookseller, a bookkeeper, a freelance writer, a small sewing business owner, and the wife of a crabber (truly a job in and of itself). When not working, she’s reading: on the beach, on the deck, on the couch – anywhere’s perfect for reading! 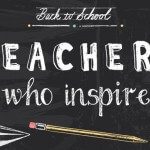