The Outer Banks music scene suddenly changed last summer when VusicOBX took over Roanoke Island Festival Park for 10 concerts from June through August. With the first group booked for the upcoming season, Rebelution on June 22nd, and more acts to follow, the summer of 2023 may have even more to offer than the past year, VusicOBX owner Rebecca Meyers said.

If the first year is any indication of what is to come, this summer’s music series will be spectacular. Rebelution was one of the first groups to take the stage in the 2022 season and their hard driving reggae sound was what seemed to be the most popular. Stick Figure with its unique American reggae sound sold out; Slightly Stoopid, a band that fuses hip-hop, jazz, and blues into a reggae sound, packed them in.

But it wasn’t just reggae on stage. The last show of the season featured blues artist Warren Haynes and Gov’t Mule with Trombone Shorty & Orleans Avenue with their New Orleans based hip-hop, blues and jazz sound headlining the August 28th finale. Country and bluegrass were also featured.

The success enjoyed by Vusic last year wasn’t an accident. Meyers, and her husband Brad, assembled an Outer Banks team of professionals, and that, Rebecca feels was the magic ingredient.

“We have an amazing local crew that continues to come together as we grow.  We are blessed to have such talented folks who love live music right here in our Outer Banks community,” she wrote. 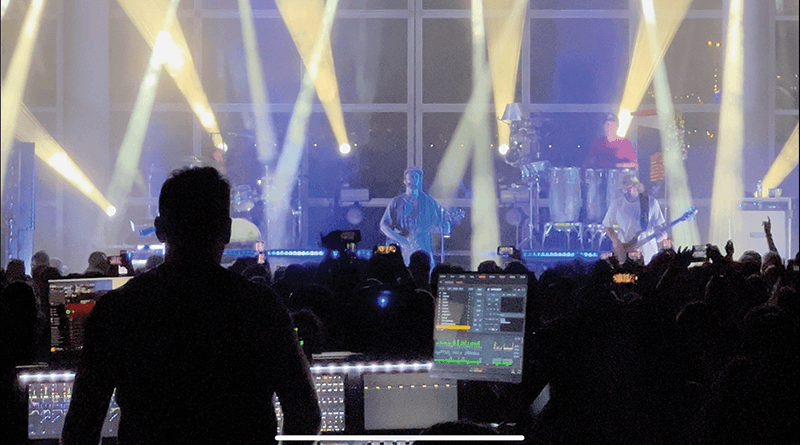 At the heart of everything that happens on stage is Shelli Gates and her event management company, Boss Lady Productions.

Gates, a performing musician herself, has been backstage working with musicians and shows making sure everything runs smoothly for over 10 years.

“It’s quite a sight to see what her team does,” Meyers said.

She had worked with the Meyerses on their first venture bringing bands to the Outer Banks, an April 2021 Hotel Festival at the Hilton Garden Inn in Kitty Hawk. Headlined by the Movement, a nationally touring reggae band, guests at the hotel could stay socially distant in their rooms and experience live music from the deck beside the pool area, overlooking the ocean.

Meyers brought a few more live performances to the Outer Banks before last summer, but nothing compared to what happened last year.

“We didn’t think there’d be 12 shows,” Gates said. “At one point there were three in a row. One, one day, then the next day and the next… and it probably pushed us with our resources here on the beach, like skilled labor for production and stage, (but) we did it. Everybody busted their butts. We have such a great crew.”

Gates, who also does work with the Mustang Outreach Program, a local nonprofit that helps young musicians hone performance skills, grabbed a couple of kids from the program so they could see what it’s like to stage a major production. That is something Gates is particularly proud of.

“We always bring in interns from the Mustang Outreach Program that have an interest in the technical side of things,” she said. “We tell the road crews ‘hey, we’ve got these interns’ …Some of them are really excited to see that and take an interest and show them (around). It’s very cool to watch those interactions. That’s very rewarding on top of making the show happen, feeling like you’re responsible for putting that puzzle together, watching your people grow and learn.”

In addition to putting on a very professionally run show, one of the things that Meyers is particularly proud of is the Outer Banks experience Vusic can offer the touring bands.

“You figure these bands spend 95% of their time on tour, on a bus or in a small hotel room.  We go out of our way to marry up the traveling artists with what our beautiful community and land has to offer,” she wrote.

“She’s our hospitality extraordinaire who works closely with the band managers to be sure they’re taken care of,” she said, adding, “Talk about a hostess with the mostest.”

“As Hospitality Director for VusicOBX my number one goal is to give our artists an unforgettable experience. I put myself in their shoes, “McCabe explained. “What would I want if I was away from home for days, weeks, or months on end?”

There is a list she gets of things the bands want but she also tries to personalize that as well.

“I try to find specialty things from their hometowns. For example, when Shakey Graves (June 16th) came to play, I made a gift bag with Deep Eddy vodka that’s made in his hometown of Austin, Texas. Trombone Shorty (New Orleans) had Zapp’s chips and Community coffee from New Orleans,” she said.

It’s not just food that she provides.

“We love to offer fun and relaxing activities for groups during down time…massages, surfing, airboat rides, fishing, hang gliding, SUPS, kayaking, and disc golf. Hammocks with big umbrellas for napping have been a huge hit,” she said.

That effort has a professional and personal reward, and it may be why a group like Rebelution is returning for an encore performance.

“When I go into a dressing room and hear an artist FaceTiming with their significant others, or even their moms at times, about how amazing this place is, and they show off the space I’ve spent hours personalizing, that means the world,” McCabe said. 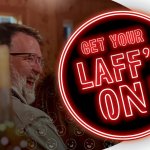 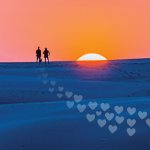